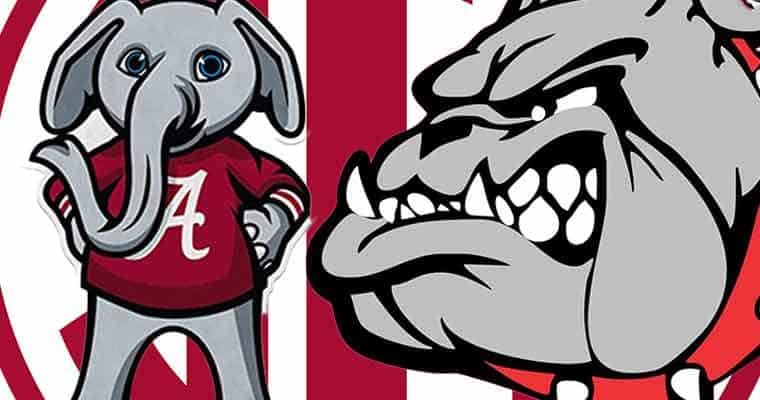 Two games featuring four undefeated SEC teams are going down this Saturday afternoon with massive point spreads offered up for each contest.

Last year’s National Champion Alabama Crimson Tide are hosting the Ole Miss Rebels who are currently ranked 12th overall in the top 25 rankings. Despite both SEC programs being undefeated and ranked among the nation’s top 12 teams, the Tide are favored by a whopping 14.5 point margin for Saturday’s game in Tuscaloosa, Alabama.

The fact is, the Rebels have not played a quality opponent up to this point during the 2021-22 NCAAF season, so College Football betting sites are not confident that Mississippi can hang in the same zip code as the Crimson Tide.

While the above opponents do not offer a solid look for comparison to the Crimson Tide, but one cannot ignore the massive amount of points that the Rebels have amassed in their first three games.

Over the course of their first three contests, Mississippi is averaging 53 points a game, and at a bare minimum, these games have served to get their offense in gear in preparation for Alabama.

The Georgia Bulldogs are ranked second overall in the top 25 rankings as well as in the CFP betting odds regardless of where you shop, and they are favored to win by 18 points or more against the undefeated Razorbacks of Arkansas.

This is also the first major test for Arkansas, although an early-season win over the Clemson by the Georgia Bulldogs is looking more suspect by the week as the Tigers of the ACC have now dropped two games this year.

Arkansas delivered a crushing 20-10 defeat to Jimbo Fisher and the Texas A&M Aggies, so why are the Razorbacks predicted to get their tails handed to them by the Bulldogs by 18?

College football futures are still predicting that the winners of the SEC West and SEC East Divisions will be, respectively, Alabama and Georgia, with the two of them colliding at the Southeastern Conference Championship Game in mid-December.

The winner of that game will assuredly be granted the #1 seed in the CFP and will be the favorite in the odds for betting on the NCAA College Football National Champion.

If both teams enter the SEC Title Game with unblemished records, then it is most likely that the loser of the game would also qualify for the CFP, and considering the strength of schedule that the Conference provides, it would be deservedly so.

Now the question is whether a third team will qualify for inclusion in college football’s postseason tournament, but there are several more lossless teams in play that deserve attention as well. The above games will provide for two teams to suffer a loss, and will allow for the title race to clear up just a little more prior to the close of September of 2021.