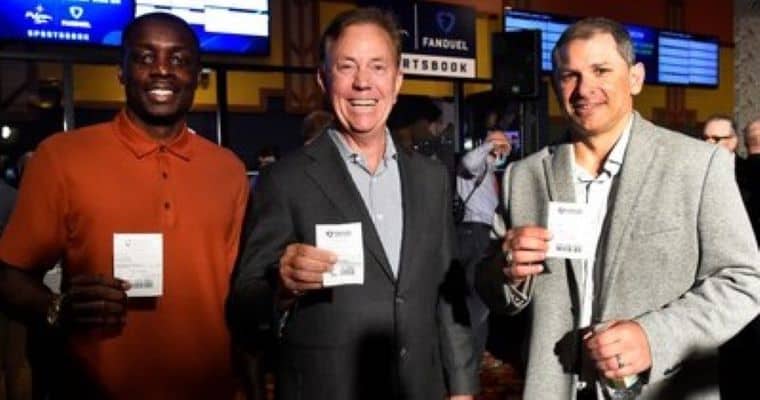 After a years-long wait, sports betting is finally – finally! – live in Connecticut.

The holdup – which had been dragging on literally since PASPA was overturned by the US Supreme Court on May 14, 2018 – was largely predicated on the issue of tribal exclusivity.

After all, Connecticut’s gambling market is dominated by two of the world’s largest casinos, the Mohegan Sun and the Foxwoods Resort.

At issue was simply how sports betting would be – or would not be – folded into the state’s existing definition of “gambling.”

In many states where casino gambling is exclusively operated by Indian tribes, similar issues have plagued efforts to get domestic sportsbooks off the ground.

In fact, Florida is currently in the midst of a legal battle over the sports betting exclusivity that was granted to the Seminole Tribe in their amended 2021 compact with the state.

The Mohegan Tribe and the Mashantucket Pequot Tribe in CT navigated a similar new compact, though theirs – which also includes provisions for both tribes to operate full online casinos in addition to online sportsbooks – was added to the Federal Register on September 15.

Meanwhile, down south, the Florida Seminole are facing a legal challenge which was ironically brought by the two partner venues of the CT tribes.

To get over the finish line in CT, the tribes agreed to let the Connecticut Lottery also run a sportsbook and iGaming service, with the caveat that their service provider could not be an existing online gambling brand operating under any retail venue within the United States.

Further, both tribes agreed to halt their plans for the oft-rumored East Windsor casino project.

In-person sports betting formally launched on September 30 at both the Mohegan Sun and Foxwoods Resort, with online betting going live on October 7 – right in time for Week 5 of the 2021 NFL season.

Online casino games may or may not launch on October 7 in tandem with mobile statewide sports betting, although the service partners for both casinos already have robust iGaming products active on the market.

The Mohegan Sun has partnered with FanDuel, and Foxwoods has teamed up with DraftKings.

Meanwhile, the CT Lottery has entered into an agreement with Rush Street Interactive and will host their betting odds via the PlaySugarHouse platform.

Of course, the lottery sports betting option – despite also soon featuring up to 15 retail locations (i.e. betting kiosks) throughout the state – is an afterthought at best for most CT gamblers.

The main focus, naturally, is going to be on FanDuel and DraftKings.

These brands have similar sports betting offerings with nearly identical odds on all major contests, but their iGaming products are very different.

In that regard, DraftKings is much further along, with RNG and live casino selections that almost rival the best legal online casinos available offshore.

FanDuel’s portfolio, while competent, is still quite a lot more limited, though it is growing.

Speaking of offshore, those living in CT should not discount this aspect of the market.

Nothing in the new Connecticut compact makes it unlawful for CT residents to bet real money online with international operators, and they can do so at just 18 instead of 21-plus, which is the legal age to gamble domestically.

In addition to having iGaming options that actually go above and beyond domestic options, these offshore sites also feature full international online sportsbooks.

And while FanDuel and DraftKings don’t set themselves apart from one another too much on their respective odds boards, these overseas sites often have vastly different betting lines for every game of the day.

For those interested in maximizing their bankrolls – even if they prefer betting domestically – the financial opportunity available with offshore sports betting simply cannot be ignored.

For posterity, it should be noted that CT Gov. Ned Lamont (D) placed the first legal sports bets in Connecticut yesterday morning.

Naturally, in the most pandering possible way, the shameless pol did so at the Mohegan Sun, where he put $50 on the WNBA’s Connecticut Sun (which is owned and operated by the Mohegan Tribe and play at the Mohegan Sun Arena on the casino grounds) to defeat the Chicago Sky.

Unfortunately, he won that bet, as the Sun fittingly topped (outshined?) the Sky 79-68 at home.

Lamont later visited the Foxwoods and placed a pair of bets: $20 on the New York Yankees to beat the Toronto Blue Jays tonight, and $20 more on Tompa Brady to beat The Hoody on Sunday.

We agree with that second one, at least.