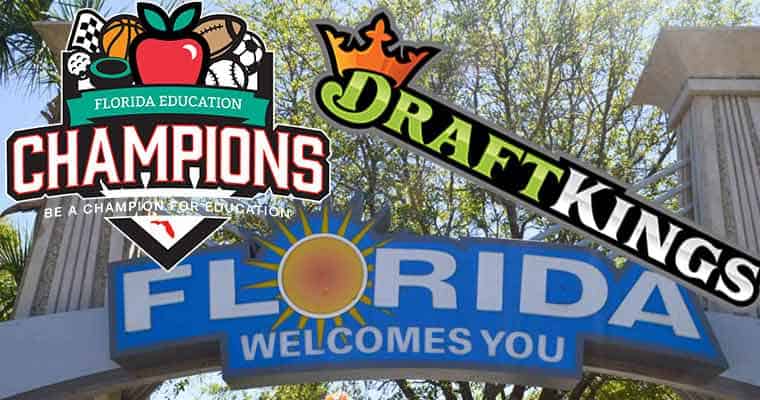 The Sunshine State is preparing to begin allowing for legal bets on sports to be made at FL’s Hard Rock Casinos on October 15th, entities that are owned and operated by the Seminole Tribe of Florida.

New sports betting laws passed during Florida’s legislative session of 2021, and included in the language are provisions for online sports betting to be offered up via laptops, PCs, and mobile devices.

Mobile sports betting has been hotly contested by several parties on both sides of the issue, and now the battle has spread to mailboxes of 21+ males in the state of Florida.

At least it seems that men were the target, as we’ve yet to encounter a female recipient that didn’t also include a male in the household. In-person legal sports betting in Florida is expected to bring in a modest amount of revenue for the state, but online sportsbooks is where the most fiscal earning potential lies due to the convenience that it offers.

It is that mobile sports betting piece of the Florida pie that internal and external actors are fighting to get a piece of, and the players include the Seminole Tribe, parimutuel tracks around the state, offshore books, as well as domestic operators that have solid track records in other territories.

These entities have utilized the US mail to share their initiatives with citizens of Florida that are of legal gambling age, with one group asking for a legal ballot initiative via petition to allow for outside entities to blow up the sports betting monopoly that is currently held by the Seminole Tribe.

Florida Education Champions has mailed out a constitutional amendment initiative form with each Florida recipient’s information pre-filled out with a self-addressed, stamped envelope included for cost-free return.

The bottom line is that DraftKings, FanDuel, BetMGM, Caesars, and other major domestic sportsbooks operating online in the United States are eager to tap into a state that not only boasts the third-largest population in the country, but is also a major vacation hub that brings in visitors from around the globe throughout the year.

Imagine the intake that would occur for betting on the Super Bowl at domestic sportsbooks in Florida during the week leading up to the big game when it is hosted in Miami or Tampa Bay.

That’s exactly what the sportsbooks putting the money behind Florida Education Champions have in mind when issuing this petition form out to Sunshine State voters under the guise of funding public schools.

To combat these domestic advertising campaigns, BetOnline and BetUS, two top offshore sports betting sites, have mailed out guides associated with betting on the NFL and college football gambling.

Each one seems to be an innocent football game tracker with schedules and betting line dockets for all 32 NFL teams and major NCAAF programs, but the intention is clear – to ensure that Florida citizens are aware that legal offshore sports betting sites are taking action right now, and that gamblers do not have to wait until October 15th or after to wager on the game of their choice.