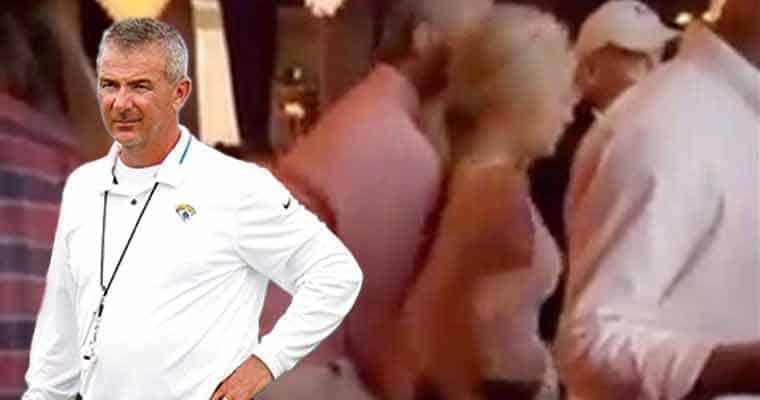 Early betting lines that featured Jacksonville Jaguars head coach Urban Meyer toward the top of the pack suggested that he would be one of the first play-callers to be fired during the 2021-22 NFL season.

At first, those odds seemed unrealistic, as Jacksonville’s ownership was ecstatic to land a head coach the caliber of Meyer. Sure, Urban has never coached in the NFL before, but the Jaguars’ lowly state, and Meyer’s need for a job, created a mutually beneficial situation for both – or so it seemed.

Following last Thursday night’s loss to the Cincinnati Bengals, a video showing Meyer getting fresh with a female “fan” that was not his spouse at a Columbus, Ohio pub starting spreading online.

Coach Meyer has released a statement indicating his intent to re-establish trust with Jaguars owner Shahid Khan after the video’s release, and the following NFL prop bet posted at Bovada Sportsbook is suggesting that Urban has a decent shot of retaining employment into 2022-23.

However, another football prop posted by Bovada favors an outcome where his services are terminated prior to the onset of Week 7, implying that Meyer will be fired following the completion of his 6th NFL game or at some point before.

The +425 NFL moneyline odds being offered for a result of Meyer being relieved of his duties between week 7 through 12 will pay out handsomely and seems to be a reasonably achievable possibility considering the likelihood of the other options on the board.

For gamblers who like longshots that payout big, the odds offered for Urban Meyer to win Coach of the Year at Bovada are sitting at +4500 which will net $45 for each dollar risked.

“What I will say is his conduct last weekend was inexcusable. I appreciate Urban’s remorse, which I believe is sincere. Now, he must regain our trust and respect. That will require a personal commitment from Urban to everyone who supports, represents, or plays for our team. I am confident he will deliver.”

In reality, the Jaguars are in dismal shape as a franchise and are in no condition to send another coach packing at such an early stage in their tenure.

The Khan family has owned the Jaguars for 9 years now, and only one of those campaigns has resulted in a winning season – their 10-6 effort in 2017 where they lost the AFC Championship Game to the New England Patriots.

The franchise has been completely blown up since 2017 and their attempts at rebuilding have fallen well short of even the most moderate expectations.

Meyer and Khan drafted Trevor Lawrence out of Clemson University with the first overall pick in the 2021 NFL Draft, and it would be a difficult hurdle for the young quarterback to undergo a change in scheme, philosophy, and leadership just a handful of weeks into his first season.

On the other side of the coin, if Meyer has been deemed to be a liability that cannot be trusted, then perhaps the time is now to move on. NFL betting sites are proposing that the potential for Urban Meyer to be fired during the 2021-22 season is real, and the time is now to lay some action on the odds.