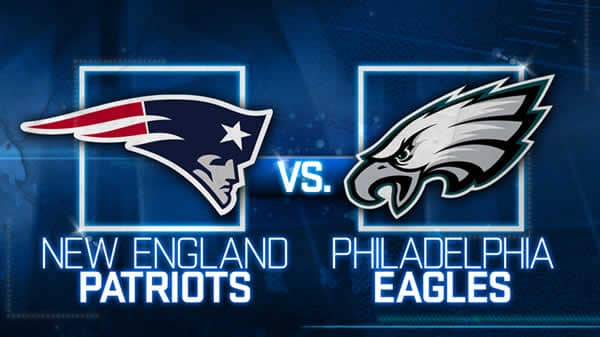 If you look back at this year’s NFL Playoffs, it certainly seems like the 2 most deserving teams are in the Super Bowl. The Patriots were practically a lock in the AFC and the Eagles pushed against all odds to clinch the NFC. Both teams are ranked in the top 5 offensively and defensively, but which team has the edge in each category?

When the Eagles have the ball, they hold the edge from a rushing standpoint. Some people make the argument that the Pats have inside knowledge on both of the Eagles’ prime running backs, LeGarrette Blount and Jay Ajayi, but that does not mean they can actually contain them. Blount was a former Patriot and Ajayi used to be on the Miami Dolphins, which is in NE’s division. However, they are under a new OC and have been performing well in the Playoffs. There is also another back that the Pats should worry about, rookie RB Corey Clement. Albeit a rookie, Clement could step up to the plate on the league’s biggest stage. The Pats’ rush defense has improved over their last few games, but they face a stiff running threat in the Eagles.

Regarding their pass game, the Eagles have an edge with multiple receivers in Zach Ertz, Alshon Jeffery and Nelson Agholor. The main issue is QB Nick Foles. He has been solid in the Playoffs and we saw 2 different versions of him—a conservative option against the Falcons and a QB chucking long passes down the field against the Vikings. The question is, which Foles will show up on Sunday?

When the Patriots have the ball, their game will likely be based in passing. They have a solid running corps in RBs Dion Lewis, James White and Rex Burkhead, but they all seem to have been limited a bit recently. The Eagles defense is very effective in stopping the run, so some of these backs may end up with more receiving yards than rushing yards.

With passing, New England is the better team with QB Tom Brady throwing to Danny Amendola, Brandin Cooks, Chris Hogan and Rob Gronkowski, to name a few. Gronk was recently cleared to play, so he poses a major threat for the Eagles’ secondary. Everyone has seen what Brady is capable of, even when his team is down. If he is allowed the freedom to be in the pocket, expect him to make plays all game long.

From a defensive standpoint, the Eagles have the edge. Their rush defense is very strong and their defensive line can put the pressure on Brady. As far as covering receivers, it will take a combined effort to effectively cover all available targets. Their main focus should be containing Brady and forcing him out of the pocket. Fletcher Cox will be the main threat in this regard. The Patriots defense has been their weakest point all season. They have had good performances, but the Eagles can attack in more ways than one.

As far as special teams go, there is not much of an advantage for either team. The Patriots have more experience, which could come in handy, especially if the game comes down to a field goal.

For those betting on the Super Bowl, there is a lot to consider. This will be a close game and come down to the wire. You can find tons of wagers through multiple football betting sites. Be sure to get your wagers in before the game begins.