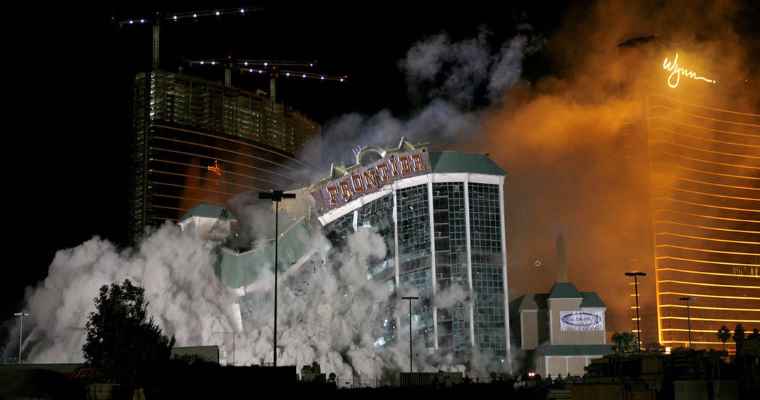 It’s been an interesting few days for the global casino industry, as international events wedge themselves into the US market and that US market makes its own gains in other domestic gambling endeavors.

The biggest story, of course, is the utter collapse of the Macau casino market in China.

As an American, you might be under the impression that Las Vegas – with all its glitz and glamor and Hollywood bona fides these last 70 years – is the world’s most popular gambling destination.

But you’d be wrong.

Macau – in China – holds that title, and it’s not even close.

Taking a look at pre-COVID numbers (as both markets struggled mightily since 2020, with Nevada casino revenue in particular dropping some 97% year-over-year), here’s how the districts compared in terms of gross gaming revenue, or GGR:

Note: GGR is defined as the difference between the amount wagered across all games offered and the amount won by players across the same. This is the gross market revenue before operational costs and tax assessments.

Well, not when you consider that the vast majority of the globe’s individual wealth is concentrated in China.

Now, with that in mind, there’s this:

On Wednesday, just two days ago, Macau Casino stocks fell off a cliff.

In a single day of trading, the sector lost about $18 billion.

That’s nearly a third of the entire market’s current valuation, and it represents about half of the revenue generated from any of several peak years before the pandemic.

Of course, countless apologists in the MSM were quick to opine out that this massive sell-off came as a direct result of the Chinese government’s stated aims to tighten regulations in the industry.

While such an announcement would presumably impact the casino stock market in Macau to a small degree, a 30% wipeout is several bridges too far.

If you want to know what really happened to the Macau market this week, Google this one word: Evergrande.

TL;DR: The China Evergrande Group – the nation’s largest real estate developer and the erstwhile most valuable real estate company in the world (achieving that status in 2018) – just admitted that it’s likely to default on its $300 billion debt.

That statement was made the same day as the Macau stock crash.

Given that casinos are themselves massive development projects with constant ongoing renovations and downmarket construction deals for businesses and residential areas, it’s pretty obvious that the Evergrande disaster – and not some proposed nebulous regulatory revamp of the Chinese gambling market – is the real driver.

Of course, the trickle-down effects of that massive Macau dump can be felt in the US, too, particularly by those casino enterprises that do business in China.

These include the Las Vegas Sands Corporation, which saw its Sands China Ltd. stock drop by 28%, along with Wynn Resorts, Limited, whose Wynn Macau Ltd. stock cratered 34%.

Aside from all that drama (which is, unfortunately, in the earliest stages and is going to get much, much worse before it gets even a tiny bit better), there’s been some additional havoc closer to home.

Hurricane Ida – not to be confused with Hurricane ADA, which is a cryptocurrency that most of the fastest payout online casinos are likely to add to their banking menus in the near future – recently slammed the Louisiana region.

While Katrina-style destruction was averted as the levees held, enough damage was done to delay the state’s parish-by-parish domestic sports betting rollout.

To date, eight Louisiana casinos have applied for sportsbook operator licenses, and the planned September launch for several of these venues has been delayed indefinitely.

Given that the 2021 NFL betting season just kicked off and represents the most lucrative time of year for bookmakers, the hope is that recovery efforts will move apace.

Ideally, they’d move quickly enough to allow these venues to open in time to take advantage of most of the 16 weeks that remain in the NFL regular season.

This guy won almost $300,000 on a $2.50 progressive slot at the Hard Rock Northern Indiana, and Caesars Entertainment finally released some renders of its $500 million resort casino in Danville, Virginia, where construction commences in December.

This has been your Legal Betting Online Week In Review™.