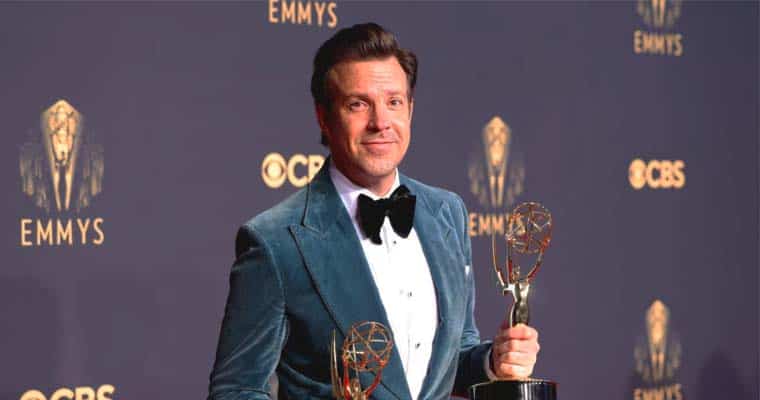 Emmy Awards odds are ripe and ready for betting at top legal online sportsbook sites. Without a named host and a uniquely strong selection of nominees, the variety of online props is boundless.

NBC’s live broadcast is still over a month away, but we’re getting our wagers in early to get the most bang for our buck. The odds are as follows:

Outstanding Comedy and Outstanding Drama have been long-coveted as the Television Academy’s most prestigious awards. Each of this year’s nominees is clad with a star-studded cast as well as a cult following rallying behind them.

“Ted Lasso”, the fan-favorite nomination in the Comedy category, made history in 2021 by taking home eleven of the Academy’s golden-winged statuettes.

Many have suggested that the show could do the same this year and even beat out Emmy record-holder “Game of Thrones” for most awards in a single year.

Still, others aren’t so sure. Globally, “Ted Lasso” Season 2 has performed significantly better than Season 1. However, most of the season’s reviews have stated that the work is subpar when compared to the series’ first iteration.

Over in the Drama department, the legal entertainment betting lines are tight. “Squid Game” saturated every inch of the Internet for months on end. It is the first non-English work to be nominated in the category and fans claim the show stands to take it all.

On the other hand, “Succession” has drawn in a hefty crowd in the three seasons that have run. With a witty and cunning script as well as the talents of actors like Brian Cox, the show has made a name for itself.

All-in-all, each of the fantastic nominees will make this year’s judging a daunting task. But what about hosting?

Betting On A Host

Who Will Be The Host Of The 74th Primetime Emmy Awards?

The Television Academy has yet to announce a host for the 74th Primetime Emmy Awards, but legal celebrity betting sites haven’t given up on the prospect of an emcee-less evening.

Academy members have publicly stated, on several occasions, that the show will not go on without a host. Nonetheless, the vacant space is becoming more intimidating by the day.

The group has already reached out to talents like Kate McKinnon and Chris Rock, though they remain without any confirmation. And while Jimmy Fallon has hopped in to fill the slot before, there is no guarantee that the comedian’s busy schedule will be compatible.

These odds aren’t likely to be available for very long, so get your bets in while you still can!