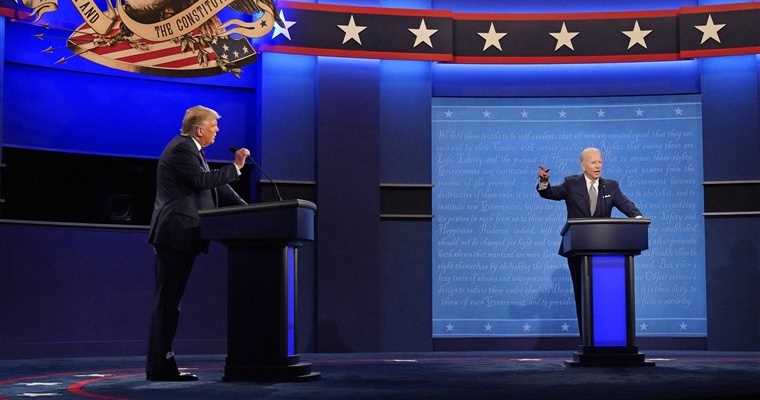 President Donald J. Trump seems to have submitted to the demands of the debate committee, agreeing to participate in what would have been the third and final Presidential Debate of the 2020 election cycle.

The second debate between President Trump and former Vice President Joe Biden had to be canceled due to the Donald’s COVID-19 diagnosis that required a few days of recovery time.

Now, Trump and Biden are prepared to duke it out one final time on the debate stage before voters cast their ballot and decide their fate on November 3rd.

When betting on the 2020 candidates for President, many gamblers simply place wagers on the politician that they will vote for in the actual election.

That’s not the case when it comes to political betting and the prop bets that are offered on the debates. That’s because political prop bets can cover anything from the words spoken during a presidential debate broadcast to odds on whether or not the President will be impeached.

It allows gamblers to wager on a Trump betting line, even if they hate the guy’s guts. For instance, take the following Trump prop bet as an example.

What Will Trump Say First?

Although the prospect of Trump uttering either one of those phrases may disgust many voters on the left, one cannot deny the lure of cold hard cash. If bettors have a hunch as to which phrase Trump will say first on the debate stage, even the most vocal Biden supporter would be a fool to deny themselves a sure bet.

When it comes to the money line odds that most political prop bets utilize, the most profit can be made when betting on the underdog option.

Since popular events tend to produce dozens of prop betting lines, gamblers can simply browse the glut of options and select the most advantageous bets, leaving the uncertain odds alone.

Also, because the prop bets cover such a large variety of occurrences, more underdogs hit than with traditional betting lines offered on athletics.

Using the line above, a wager of $100 will earn $170 if you bet on Trump saying Phoney Kamala first and it happens. Because oddsmakers expect Trump to say Sleepy Joe first, political sportsbooks are willing to risk more than the member risks on the bet.

Alternatively, a bet totaling $230 is required to earn $100 on Trump stating Sleepy Joe before Phoney Kamala. Political betting sites believe it will almost certainly occur first and require that the bettor risk more than the house.

Although prop bets are entertaining by design, there is a high potential for bets to cancel and wagers to be refunded due to neither event occurring.

What Will Trump Say First?

There is a distinct possibility that Trump won’t say Fake News or China Virus. Aside from the refreshing revelation that Trump could contain such verbiage, the bummer is that the entire prop bet could turn out to be a waste of time.

For that reason, it makes sense to participate in more than one prop bet for a particular event. There are Presidential debate props at most of the political sportsbooks we recommend, so head to their political betting sections and lay some action on a few.