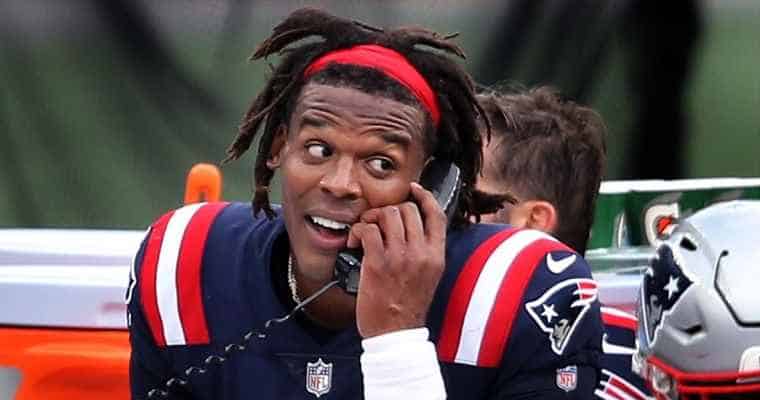 Just when we thought it was safe to lean back in our recliners and count on professional football airing on major broadcast networks on Sunday afternoons, the COVID-19 virus delivers a stunning blow to the NFL’s Week 4 slate of games, postponing one game until a later date, and moving a second from Sunday afternoon to Monday night.

When the Tennessee Titans returned home from their week 3 game with the Minnesota Vikings, they brought with them an extra passenger in the form of COVID-19. Nine players and nine staff members of the Titans tested positive for the Coronavirus, sending the league scrambling to find a solution for their week 4 game against the Pittsburgh Steelers.

Ultimately, the NFL decided to postpone the game and move it to week 7, according to a report by Sporting News. This proved to be convenient for the league, but not for sportsbooks accepting bets on NFL games, as they had to adjust their lines on the fly.

From there it gets a little confusing. Because the Steelers and Titans didn’t play during week 4, that will now be considered their bye week.

Pittsburgh was originally scheduled to play the Baltimore Ravens in week 7 but will now play the Titans that week. The Steelers and Ravens game will now be played on the following weekend, which would have been Baltimore’s bye week.

Luckily, the scheduling seems to have worked out this time, but if any further Coronavirus-related difficulties are experienced by the Titans, Ravens, or Steelers, then games could be outright canceled without makeup dates.

If there is a silver lining to these developments, so far, no Vikings players have tested positive. The same cannot be said for the New England Patriots.

Starting New England quarterback Cam Newton, as well as backup QB Jordan T’a’amu, also came down with a case of the Coronavirus, forcing the league to move their game against the Kansas City Chiefs to the following night at 7 PM, giving NFL fans a double-shot of gridiron action as opposed to their usual one-game affair for Monday Night Football.

Because the Patriots had to turn to backup quarterback Brian Hoyer to lead their offensive efforts, NFL betting odds were significantly altered across the board.

What was originally a 7-point spread, which seemed large when first debuted and Newton was healthy, increased to 10.5 by kickoff.

Although the game was highly competitive, a couple of third-down sacks near the red zone, and a late interception, sealed the deal for the Patriots as they fell to the Chiefs 26-10.

In the losing effort, the Patriots quietly held the Chiefs to 19 points which is their lowest offensive output ever during the Mahomes era. That’s impressive on two fronts.

The Chiefs offensive production floor is incredibly high, and the defense of the Patriots can cause fits for some of the best offensive players the game has ever seen.

Wrapping up Monday night’s action was the Green Bay Packers who easily covered the 7-point spread against the Atlanta Falcons.

In fact, the Packers have been betting darlings so far in 2020-21, covering the spread in each and every game. Week 5 is Green Bay’s bye week, and they’ll need it to rest up for the Tampa Bay Buccaneers who are now surging behind the strong efforts of the G.O.A.T., Tom Brady.

Brady and Tampa are now ranked 5th in the Super Bowl 55 betting odds after their comeback victory over the Los Angeles Chargers who are playing strong with rookie QB Justin Herbert under center.

The 2020-21 NFL season is off to an exciting start, and we here at Sports Betting Legal are hopeful that the league can contain any further outbreaks of COVID-19 and sustain betting lines going forth.