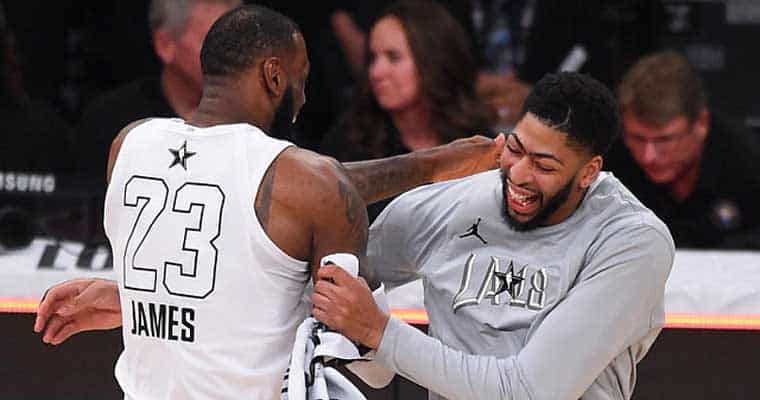 The start of the NBA regular season is now less than one month away, basketball fans.

With one of the most exciting offseasons in recent history, the league has a completely different look with a new set of contenders ready to take the 2020 Finals.

After a disappointing 37-45 record during the 2018-19 season, the Los Angeles Lakers overhauled their entire roster. By trading Lonzo Ball, Josh Hart, Brandon Ingram, plus draft rights to De’Andre Hunter, two first-round picks, a first-round pick swap, and cash, the Lakers were able to acquire Anthony Davis from the New Orleans Pelicans.

As a result, the Lakers catapulted themselves into championship favorites, getting +300 title odds in 2020, via Bovada.

The team with the second-best odds to win the championship actually share the Staples Center with the Lakers.

During the 2019 offseason, the Los Angeles Clippers signed hometown hero Kawhi Leonard away from the Toronto Raptors just weeks after their 2019 championship.

Already a 48-win team before adding George and Leonard, the Clippers enter the season with +325 odds of winning the Finals in 2020.

One team that didn’t change much during the offseason was the Milwaukee Bucks. Led by 2019 MVP Giannis Antetokounmpo, the Bucks have +550 odds to win the title this season.

Re-signing All-Star Khris Middleton and giving new contracts to George Hill and Brooke Lopez to complement Antetokounmpo should give the 60-win Bucks a secure footing entering the season.

The Houston Rockets, who added Russell Westbrook in the offseason, and the Philadelphia 76ers share +850 odds of winning the 2020 Finals. The Golden State Warriors have +1000 chances.

A full list of every NBA team’s championship odds is listed below for comparison.