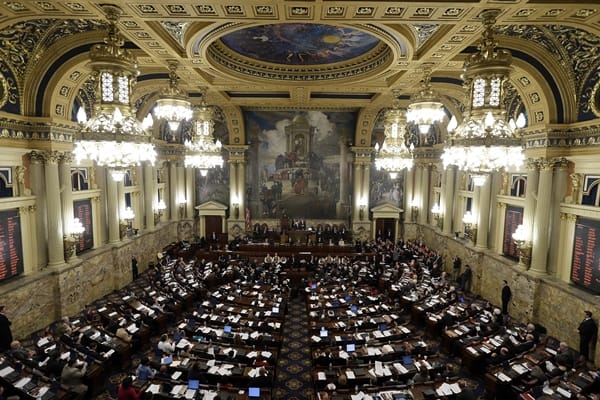 It appears that Pennsylvania will not be joining the list of states to legalize online gambling after lawmakers failed to approve a gambling expansion bill. The situation initially looked positive for pro-gambling expansion advocates, and the current bill had the highest chance of passing in recent years, but all that potential came to nothing at the end of the legislative session. Residents of the state still have the option of gambling online in PA through licensed offshore betting sites while state efforts take a detour. This decision leaves the possibility of legal online gambling in a state of ambiguity, but there is potential for reintroduction in the fall.

The lack of any significant action regarding the bill likely came from discrepancies with the proposed gambling boundaries. Video gaming terminals (VGTs) were especially a point of argument, one of which being that VGTs could take away from the land-based casinos in the state. The legislation attempted to establish set online gambling licensing fees and a tax rate applicable to all licensed vendors, though the numbers associated with each were debated by both sides. Regardless, two different versions of the bill passed through the state House and Senate, and there were reports of progress being made on an agreed upon version. Proponents of VGTs decided to drop the clause from the latest version, suggesting that a compromise was made, but there are reports stating that lawmakers tried to include the proposal again, furthering rifts between opposing Senators.

Governor Tom Wolf had put pressure on his constituents to reach some sort of agreement on the gambling expansion bill because there is a hefty budget deficit that needs to be addressed. Governor Wolf is under the impression that state-regulated online gambling would help ease the financial burden. The disappointing result of PA legislation will be frustrating for Governor Wolf, who wants to finalize the state budgets and cover all bases.

Despite this latest failure, supports of online gambling expansion in PA still have some hope to cling to. Most of the state legislators want online gambling and see a way of flushing new revenue into state coffers. In addition, online gambling will foster new partnerships between the already existing land-based casinos. Any differences over tax rates, licensing fees and approved vendors can be resolved by finding a middle ground (something that was perceived to be achieved in the latest legislative session), so it appears that VGTs are the culprit for any misgivings with the legislation. VGT proponents should delay their lobbying and pass this legislation first, then amend the legislation to include VGTs at a later time. Let the PA online gambling initiative get off the ground before trying to add in supplementary components.

Perhaps the biggest point of optimism for supports of this expansion bill is that there is still a chance it could be passed in the summer. Legislators have the option of returning to session to hash out any remaining issues. If this ends up being the case, PA residents should expect legalized online gambling before the year’s end. If not, the fall session will be enough time for lawmakers to finalize the legislation and pass it. However, it may not be until sometime in 2018 when residents can engage with the new online platform. If the budget is being held at ransom by this gambling expansion bill, it seems likely they will try to push this out as soon as possible.