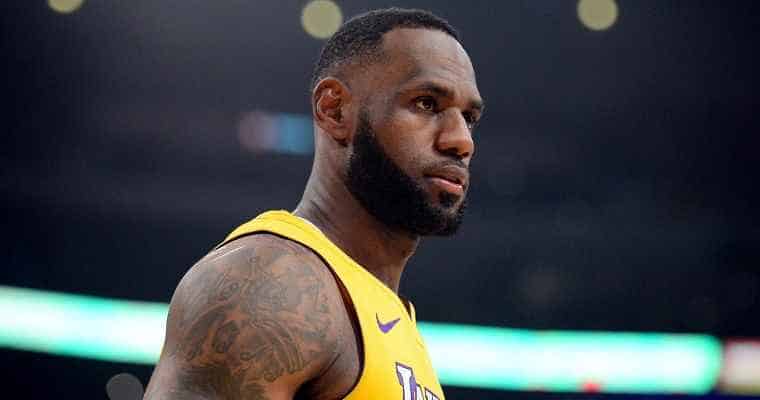 The NBA Playoff bubble has thus far proven to be burst-proof, with minimal disruptions from the Coronavirus. The league has done a phenomenal job of putting protocols in place to protect everyone involved in the effort to wrap up the 2020 NBA season.

The NBA has also done a remarkable job with their on-screen product. While the virtual fans were a bit of an adjustment at first, viewers can’t deny that a game-like ambiance has been replicated.

Another positive development is the removal of all press from behind the basket, as well as the expanded bench area with more space and multiple rows. These two changes, in particular, have given the game more room to breathe, with players able to use the entire floor without risking the injury of themselves or a bystander.

With the first round of the playoffs nearing completion, players from the Milwaukee Bucks, Orlando Magic, Los Angeles Lakers, Portland Trailblazers, Houston Rockets, and Oklahoma City Thunder collectively made the decision to boycott their respective games in light of another racially charged police shooting incident.

Keosha, Wisconsin police fired on Jacob Blake, a 29-year old black man, striking him several times in the back, leaving him partially paralyzed. Reports indicate that Blake was likely a bad guy, but a shaky video recording that surfaced showing him being tazed, then shot in the back at close range, have renewed racial tensions in Wisconsin, and across the country.

Mid-day yesterday, NBA Playoff betting lines for game five of the Milwaukee Bucks and Orlando Magic’s first-round series were removed from the boards as they decided to boycott the contest in response to the Keosha shooting.

Within hours, NBA betting sites were removing the odds for all playoff games, as the remaining teams rallied behind Milwaukee and Orlando and joined in on the protest.

A vote was held by all active NBA players and they voted to continue to play the 2020 NBA Playoffs except for the Los Angeles Lakers and the LA Clippers who were in favor of a continued boycott. Today, the mood seems to have lightened a bit, as all involved are expressing optimism regarding the continuation of the playoffs, but there has been no indication of when that will happen.

NBA betting enthusiasts are thrilled with the prospect of the professional basketball postseason continuing but with no indication of exactly when the games will begin anew, bettors are struggling to huff a sigh of relief.

To keep busy in the meantime, basketball bettors may be interested in some coaching-related NBA prop bets that have suddenly popped up at BetOnline.

Sportsbooks producing betting odds for next season is not a great sign in regard to what they think about the chances of the 2020 NBA postseason continuing. In fact, during the writing of this story, dozens of prop bets were removed from the boards on the remaining first-round playoff matchups, as well as championship futures.

Hopefully, all sides can come to an agreement to keep this momentum going, because it’d be a shame to cancel the season for a professional sports league that was likely to set the model for all other leagues to follow when it comes to COVID-19 preparation.