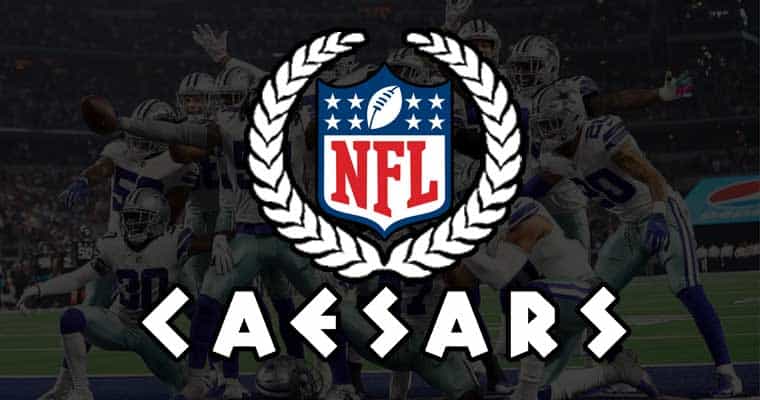 The most popular professional sports league in the country has officially partnered with a casino for the first time ever.

On Thursday, Jan. 3, the NFL announced a partnership with Caesars Entertainment to become the professional football league’s first-ever “Official Casino Sponsor of the NFL.”

The deal is reportedly for three years and is worth $30 million per year gives Caesars the “exclusive right to use NFL trademarks in the United States and the United Kingdom to promote Caesars casino properties and activate at key NFL events including the Super Bowl and NFL Draft.”

According to the press release on NFL.com, the sponsorship will begin with the 2019 NFL playoffs. In addition to the partnerships with seven NFL teams – Atlanta Falcons, Baltimore Ravens, Chicago Bears, Indianapolis Colts, New Orleans Saints, Oakland Raiders and Philadelphia Eagles – the agreement between Caesars and the NFL are for casino gambling only and “does not include sports betting, daily fantasy or hotels/resorts.”

“We couldn’t be more excited to work with one of the world’s largest gaming and entertainment companies,” Renie Anderson, Senior Vice President, NFL Partnerships, Sponsorship and Consumer Products said when announcing the deal. “Combining the NFL with Caesars’ expertise in world class entertainment will provide our fans unique experiences both here in the United States and abroad.”

“All of us at Caesars Entertainment are thrilled to be the first-ever casino partner of the NFL, the most prominent sports league in North America,” Mark Frissora, President and CEO of Caesars Entertainment said in the press release. “Combining the league’s 180 million fans with our 55 million Total Rewards loyalty program members will expose millions of people to the exclusive and exciting year-round opportunities at our properties.”

The press release also announced that Caesars will host parts of the 2020 NFL Draft when it comes to Las Vegas, Nevada for the first time ever next year.

With today’s announcement, all four major professional sports leagues in the United States – NBA, NHL, MLB, and NFL – have partnered with gambling providers since the U.S. Supreme Court allowed states to choose whether to legalize sports betting in May 2018.

While MGM Resorts International partnered with the three other pro sports leagues throughout 2018, the NFL-Caesars agreement is the only deal that is for casino gambling only.

The NFL’s iconic shield trademark will not be on display at Caesars sportsbooks, and the league will not be sharing any exclusive game or player data with the casino sponsor.