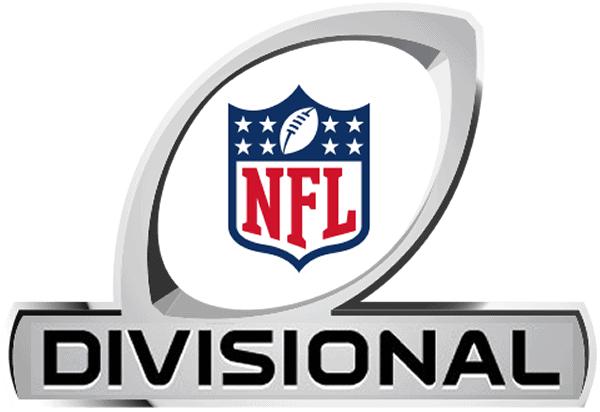 After an enthralling Wild Card Round that saw several concussions, questionable calls, an incredible comeback and a few Cinderella stories cut short, the Divisional Round is set. The division champions that clinched a first-round bye have been waiting anxiously to see who they would be facing, and now comes time for preparations. Fans can legally bet online through multiple offshore sportsbooks covering the playoffs and Super Bowl through NFL betting lines, and if the first round showed us anything, it is to expect the unexpected.

The first divisional round game falls to the Atlanta Falcons against the Philadelphia Eagles. The Falcons were in last year’s Super Bowl and made history by blowing a 20+ point deficit to New England. After losing OC Kyle Shanahan to the 49ers’ coaching vacancy, many didn’t believe Atlanta would be top dog in the NFC anymore. Their regular season seemed to reflect that narrative, but they managed to clinch a Wild Card spot against the red-hot LA Rams. After the Falcons beat the Rams 26-13, many are starting to see them as true contenders again.

Philadelphia was the team of the season under QB Carson Wentz. Wentz led his team to win after win on their road to the postseason. Unfortunately, Wentz suffered an injury against the Oakland Raiders that saw his season ended, leaving backup QB Nick Foles at the helm. This wasn’t exactly good news to the Eagles fan base, but Foles scraped 2 more wins for the Eagles at the end. Under Wentz, the Eagles would’ve been favored, but now that the Falcons have got their rhythm back, the Eagles could be in big trouble. In fact, the point spread reflects this, as Atlanta is favored to win over Philadelphia. The Eagles may have had additional time to rest up and prepare, but Atlanta is on a redemption run to make up for their embarrassing Super Bowl loss last year.

The Tennessee Titans will take on the defending champions, the New England Patriots, in the second divisional matchup. Tennessee led a dominant comeback against Kansas City in the Wild Card Round and bested them 22-21. Despite the valiant effort from QB Marcus Mariota and the rest of the Titans, their Playoff run will likely end against the Pats. New England has been conducting business as usual throughout the season as they look for their 6th Super Bowl in the Brady-Belichick era. New England is favored to win this game and it is easy to see why. With a healthy roster (for the most part), they are a force to be reckoned with. Tennessee must recuperate not only physically but also emotionally after putting it all out on the field to beat the Chiefs. Perhaps New England’s confidence heading into this game could be their downfall, but coach Bill Belichick is not the type to lose on such foolish grounds.

Jacksonville takes on Pittsburgh in the second NFC divisional game with the oddsmakers looking at the Steelers to come out on top. Jacksonville is having their best season since 2007, but even that won’t be enough to stop Pittsburgh. The Steelers are still seeing red from their AFC Championship loss to New England last year and their controversial loss to the Pats late in this year’s regular season. Jags’ QB Blake Bortles had more rushing yards than passing yards against Buffalo, but that won’t happen with the Steelers’ defense. Bortles’ passing has been exposed throughout his NFL career and Jacksonville’s defense will likely not be able to hold off Big Ben and Co. for long.

The most interesting divisional matchup falls to the New Orleans Saints at the Minnesota Vikings. The Saints narrowly beat Carolina 31-26 and were ultimately bailed out by the defense after coach Sean Payton’s terrible play calling down the stretch, not to mention a concussed Cam Newton. While the Saints have been playing well this season, the Vikings have been playing better. New Orleans’ strength is in their run game and Minnesota will be keen on this. If Vikings QB Case Keenum can keep up his form, Minnesota should come out on top. The oddsmakers seem to believe this too.

If you’re looking to bet, consider using the legal online sports betting sites we recommend. These sites host point spread bets, totals, props and more for each of the 4 matchups. We’ve also updated our superbowl 52 betting page to include the latest future odds.  If you feel strongly about your favorite team making it to the championship game, you will get much better odds if you bet now compared to betting on game day.  Of course it’s a much longer longshot because they need to make it through the playoffs and win the big game which is why you can get huge odds right now.

Another angle you might consider taking is to just bet your team the next few weeks, then bet all your winnings on gameday.  I’m not sure which is the better move here with so many factors in play.  But what I’m trying to convey is that it all boils down to math.  Run the numbers, look at the future odds, then compare that to what you would win if you bet the team every week and again on game day and the decision will be easy to make.