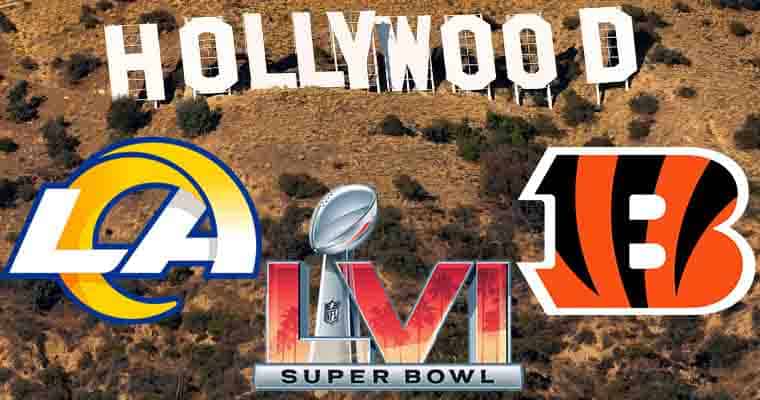 Super Bowl LVI betting lines have moved a half-point in the direction of the Los Angeles Rams since they debuted following the conclusion of Conference Championship Sunday, and now favor LA by a margin of -4.5 over the visiting Cincinnati Bengals.

For the second year in a row, the Super Bowl is being held at the home stadium of one of the competing teams, an edge that would normally swing betting lines in opposition of the traveling franchise.

In the case of Super Bowl 56, the Rams don’t have much of a home-field advantage due to a lack of a local fanbase. After spending several years in St. Louis, the Rams returned to LA in 2016 and have struggled to reconnect with the fans they abandoned in the 1990s.

Betting on the Super Bowl is big business all year long, not just in the two weeks leading up to it. The initial betting line for the Super Bowl serves as a placeholder, and as wagers pour in across the globe, the line shifts to ensure that action is balanced between each team.

That’s the reason the line has shifted in favor of the Rams. More Super Bowl 56 bettors believed that the 4 point spread would be covered by LA so online sportsbooks made the adjustment.

Here is the current betting line for Super Bowl LVI:

The movement of the NFL point spread for Super Bowl 56 is an example of why wagering decisions should be made as early as possible. Gamblers that wanted to bet on the Rams to cover just lost the ability to push at 4 points as that margin will now represent a loss.

Those that intend to bet on the Bengals to cover now have an extra point of variance, as prior Super Bowl lines required them to lose by 3 or fewer. While it paid to wait in this circumstance, it would have required Super Bowl bettors to have already made up their mind on where they stand on the Bengals odds of winning.

The NFL moneyline odds for Super Bowl LVI have also shifted slightly in the Rams favor by a total of 10 points, -5 to LA and +5 to Cincinnati.

While that movement doesn’t represent a massive gain for small wagers, folks that placed large bets on Cincinnati to win Super Bowl 56 early are feeling the sting.

On Monday, a $1,000 bet on the Bengals +165  moneyline odds to win would have earned $1,650. Today, that same Bengals bet of a grand is worth an additional $50 if Cincinnati hoists the Lombardi Trophy on February 13th in SoFi Stadium.

Keep checking back with each of the online Super Bowl betting sites that we endorse here at LBO to watch for any movement in the NFL odds so that readers can take advantage of the perfect time to pounce.

Even if gamblers wait until after Super Bowl kickoff, there are still many NFL live betting options on the boards that accept wagers until the clock hits zero, and after!