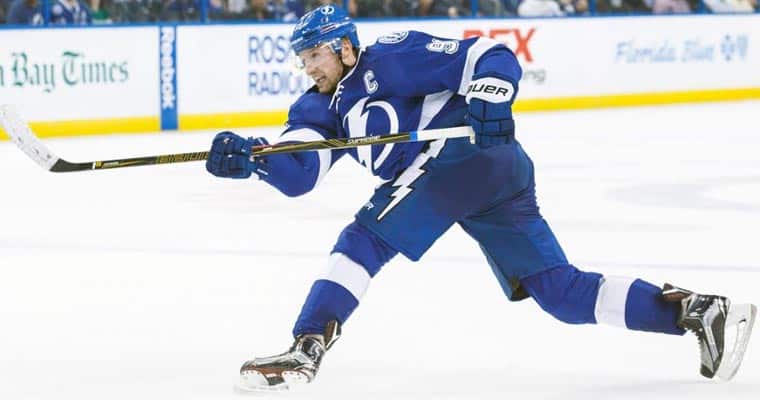 After the Tampa Bay Lightning broke numerous NHL records during the regular season a year ago, the Bolts will look to bounce back after their shocking upset in the first round of the playoffs.

The Lightning—who won the Presidents’ Trophy last year and tied the NHL single-season record with 62 wins—were swept by the Columbus Blue Jackets in the first round after entering as the favorite to win the 2019 Stanley Cup Finals.

Despite last season’s setback, the Bovada Sportsbook oddsmakers believe the Lightning have the best chance to win the Stanley Cup in 2020, listing the team as the favorites at +700 odds.

When converted to an implied probability, we can see the Bolts have a 12.50% chance to lift Lord Stanley’s Cup at the end of the 2019-20 NHL season.

However, the Bolts are by no means a heavy favorite. The Toronto Maple Leafs are listed at +850 odds, giving them a 10.53% chance and the best shot of any Canadian NHL team.

The Las Vegas Golden Knights are third with +1000 odds, 9.09% chance, after making it to the Finals two years ago in their inaugural season.

The Bruins, last year’s runner up, have a better chance to win the Stanley Cup than the defending champs at +1100 odds, an 8.33% chance.

Betting on the NHL officially got underway last week, so if you’re unfamiliar with how to wager on the professional hockey league, then check out our Legal NHL Betting Guide.

In our guide, we cover the legality of sports betting and the best NHL betting sites along with tips and tricks on how to bet on the skaters who shoot pucks with hockey sticks!