Skip to content
HomeNewsVirginia Is For Lovers Of Sports Betting, But Delays Could Kill The Mood 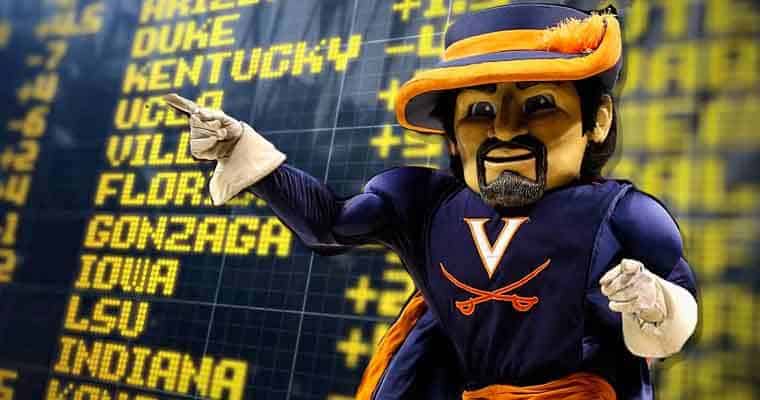 Two bills have been signed by VA Governor Ralph Northam which will allow for legal sports betting within the state of Virginia beginning on July 1, 2020.

Unfortunately for residents of the Old Dominion, new domestic sportsbooks within the region will not be able to open and accept wagers until at least December.

Legal sports betting is always a good thing, but one cannot help but consider the significant heaps of cash that VA will lose out on by not offering domestic sportsbooks in time for the bulk of the NFL and NCAA football seasons.

Betting on the NFL and college football wagering are some of the most popular avenues of gambling on sports in the US, and they generate the most revenue at domestic sportsbooks.

Since both leagues are still planning on beginning their respective seasons on schedule, Virginia is leaving a ton of tax money on the table.

There are still several regulatory meetings and public hearings that need to conclude, and these are scheduled to run into September. The permitting process for new sportsbooks will not even begin until after that time.

Licenses for the first three years of operation will garner a fee of $250,000, with three-year extensions granted at a rate of $200,000. Virginia tax collectors will be taking 15% off the top of all sportsbook revenue.

SB 384 and HB 896 were passed back in March, but they have been sitting on the Governor’s desk waiting for his requested amendments to be added into the language.

One of Northam’s suggested amendments included an allowance for wagering on NASCAR. He felt that it was an important consideration because of the state’s Bristol Motor Speedway and the professional stock car races that it hosts.

So, what exactly do these bills offer to bettors in Virginia?

Currently, odds will be available for the NFL, NBA, MLB, NHL, and the aforementioned NASCAR, among potential other leagues.

Collegiate sports will also be available to VA sports betting fanatics, but contests involving teams located within the state will not be allowed, according to the Washington Business Journal.

Tournaments involving Virginia-based college teams will be allowed for wagering at domestic sportsbooks, but no betting will be allowed on any contests including VA teams.

The new legislation will allow for 12 online sportsbooks to operate within the state. There are also provisions for the construction of five casinos, but they are limited to the cities of Bristol, Danville, Norfolk, Portsmouth, and Richmond.

Each casino will have the opportunity to operate an online sportsbook, giving them access to five of the total licenses available in the state.

The city of Danville has already accepted a $400 million dollar bid from Caesar’s Palace to build a full-fledged gaming resort. Early economic estimates suggest that upwards of $30 million will be infused into the Danville region each year as a result of the casino’s operation.

The new sports betting law has included a provision that allows for sportsbooks to exist at professional sports stadiums, but there are no pro sports teams in Virginia.

The purpose of this language is likely intended to entice a pro sports franchise, namely the NFL’s Washington Redskins, to build a stadium in Virginia.

Redskins owner Dan Snyder has been on the record as being in favor of in-stadium betting, so these new bills could deliver the solution he has been looking for. Washington, D.C. has also recently passed sports betting regulations, but they strictly prohibit wagering at professional stadiums.

Even with the expected delays, the state is moving in the right direction and will be offering gamblers within Virginia’s borders legal sports betting options before long.