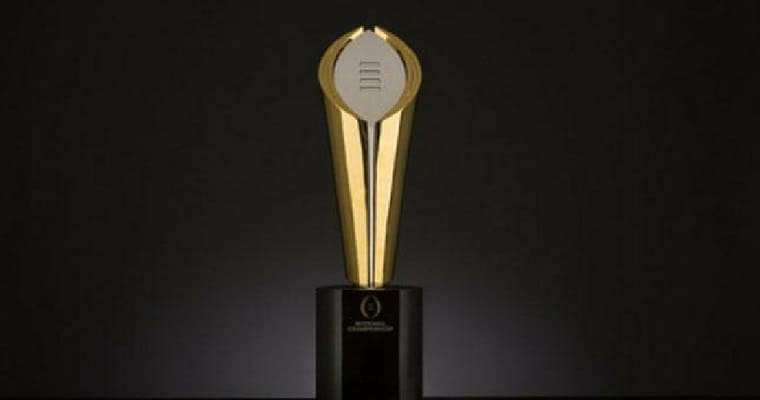 College football’s Conference Championship weekend is upon us, as the top teams in the Power 5 and mid-major conferences battle to decide who will take home this year’s honors and also earn a trip to the CFP in January.

Just making it to this point in the season must seem like an accomplishment for most universities and athletic programs, as the COVID-19 virus nearly squashed all efforts to field football games during the fall of 2020.

That’s not to say that the 2020-21 NCAAF season didn’t experience hardships. There were plenty of obstacles to overcome, such as game cancellations and forfeitures, distancing protocols, scheduling difficulties, as well as deciding if fans could be allowed to enter stadiums.

The coronavirus continues to cause issues, but it seems that the 2020-21 season will indeed complete, and there’s no better way to celebrate a weekend full of NCAAF Conference Championship Games than betting on college football odds and earning a large cash pile just before the holidays.

Historically, these conference title matchups have provided close games with even closer betting odds, but this year features games that, on paper, appear to be less than competitive.

College football betting sites are predicting large blowouts in the games that have the most CFP implications, leaving the point-spread and over/under options as the most accessible.

However, if you think the football gods will smile on one of the following underdogs, then the potential winnings can be massive if bets made on them pay out.

The completion of this weekend’s games will serve to populate the postseason bowl games and CFP bracket, with the College Football Playoff Selection Committee announcing their final four teams on Monday.

The NCAAF National Title odds and the above betting lines suggest a strong possibility that the final four teams will consist of Alabama, Ohio State, and possibly both Clemson and Notre Dame if the Fighting Irish lose the ACC Title Game.

If Clemson loses to ND, that will be the second time they’ve lost to the same team this year, and will open the door for teams like the USC Trojans and the Texas A&M Aggies to entertain the thought of qualifying for the CFP.

While the College Football Playoff system is still in its infancy and appears to need additional guidelines, it is much better than previous postseason arrangements that often did not pair the top two teams in the nation into the same bowl game.

What we have here is at least some form of organized NCAA football playoff that not only allows for a slight margin of error, but definitely provides a platform to determine a more definitive champion each year.