Skip to content
HomeNews2022-23 NFL Betting: Our Best Sleeper Picks For The Preseason And Week 1 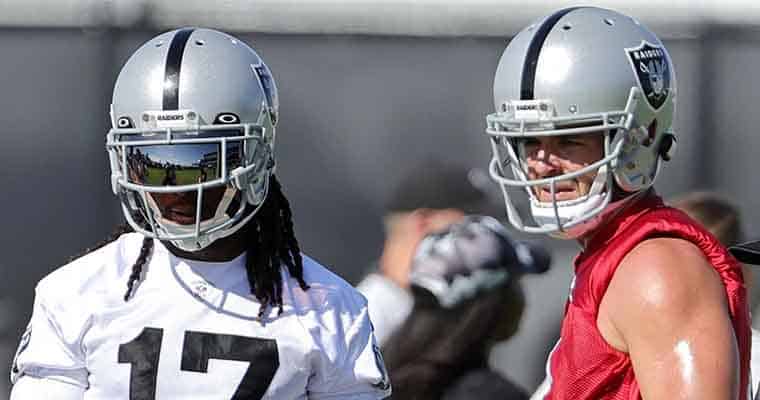 The division that currently features the tightest odds across the board is the AFC West, which is also arguably the toughest grouping of NFL franchises in the league.

The Las Vegas Raiders are projected to finish last in the AFC West, but are their NFL futures odds worth laying some action on right now? This season could be the last for QB Derek Carr unless he can return to the playoffs.

The current Raiders roster surrounds Carr with top-level talent at all positions, so any further lack of success will be due to his inability to get them the ball. New arrival Davante Adams is possibly the best wide receiver in the game today and should become a productive combination with any Raiders quarterback.

The Chargers always somehow disappoint regardless of how good they are on paper, and the Broncos will likely experience some growing pains with Russell Wison during his first campaign with the team. The Chiefs are now without Tyreek Hill.

The value bet may be on the Raiders and their +575 moneyline to win the Division. NFL prop bets are also on the board featuring Raiders odds for whether they make the playoffs.

The above NFL prop merely asks if the Raiders will be one of the final 7 AFC Playoff qualifiers and will pay out on outcomes of “yes” on a division championship or if they secure a Wild Card position.

Because the Raiders’ likelihood of becoming a Wild Card team is much greater than their chances of winning the AFC West, the moneylines are significantly lower (+160 vs. +575).

Moving on to Week 1 of the regular season, the Philadelphia Eagles vs. Detroit Lions betting line features a point spread worth investigating.

The Eagles are at -4.0 and present an attractive NFL point spread bet even on the road at Detroit. Philadelphia’s offense is coming in at full strength and now features the addition of WR A.J. Brown, who was signed in the offseason from the Tennessee Titans.

If you are not comfortable with the point spread and feel more secure betting on the moneyline odds for the Eagles to win the game outright, payouts of $1 can be earned for every $1.95 risked.

We’ve got a hunch that the Patriots will beat the Dolphins in Week 1, so consider laying some action on New England’s moneyline odds of +125. Miami and New England split the series last season, and look for Bill Belichick’s squad to be a little more prepared than the Dolphins at this early juncture.

New Miami head coach Mike McDaniel has an offensive roster that should be able to put points on the board, but they’ve yet to gather up any steam this preseason. Belichick’s defense should give the Dolphins’ offense fits during Week 1, so we like the Patriots to earn the win on the road.