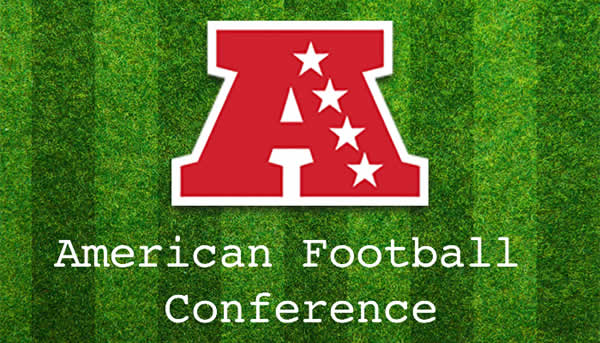 NFL viewership ratings are down this year. Partially because of the protests during the National Anthem, but also due to a lack of competition and boring, repetitive outcomes. For example, the Patriots heading to another Super Bowl after winning last year’s could’ve been predicted by the most casual of fans. In terms of legal Super Bowl betting, when certain teams control the respective conferences it makes for easier betting. This can have negative effects on the odds, because betting on the Patriots to win is an easy bet and won’t pay out much. This season could be the last reign for certain teams, as multiple teams have emerged as new conference frontrunners.

The New England Patriots are the strongest team in the AFC. If it weren’t for the occasional Pittsburgh Steelers victory, the Pats would walk into the Super Bowl every year. The AFC is like the NBA’s Eastern Conference, and the Pats are the Cleveland Cavaliers and Tom Brady is LeBron James—there is not much competition. When Peyton Manning was in the league, the Indianapolis Colts and then Denver Broncos were in contention, but they have since fallen to obscurity. The Kansas City Chiefs always seem to be a threat, but somehow end up messing up their season down the stretch.

This year, several underdog teams were left standing at the end of the season as threats to overtake the AFC. The Buffalo Bills finished second under the Pats in the AFC East and clinched a Playoff berth. While they lost in the Wild Card round, they showed they have the foundation in place to improve. With a few more pieces, they will be a solid threat. The Tennessee Titans also made the Playoffs and faced the Pats in the Divisional Round. They were blown out by New England, but 23-year-old QB Marcus Mariota is on the rise while 40-year-old QB Tom Brady is on his way out. The Titans are a promising team on the rise.

Perhaps the most interesting threat is Jacksonville. The Jags faced the Pats in the AFC Championship and were leading them by 10 in the fourth quarter. A lack of discipline and execution cost them the game, but you can bet on them being back in the Playoffs next season. RB Leonard Fournette had a breakout rookie year. The Jaguars will likely replace QB Blake Bortles, despite his strong postseason, but that will make the team even stronger.

None of this matters if the Patriots remain intact. However, that is not happening. OC Josh McDaniels and DC Matt Patricia are off to new head coaching positions. They certainly deserve a promotion, but replacing them will be difficult. Brady might be on the way out, especially if they win Super Bowl LII. That’ll be his 6th ring and he can end his career on a high note. With no backup in place thanks to the front office dealing Jimmy Garoppolo, the Pats will be in the market for a new QB.

If this scenario happens, the AFC is wide open. The Jaguars are on deck to take over. The Bills could become a threat with a new QB. Ben Roethlisberger will be back for another year with the Steelers. The Raiders should flourish under new coach John Gruden. The Chiefs and Ravens will be back with a vengeance. Houston QB Deshaun Watson will be back from injury and can pick up where he left off. The Colts should have Andrew Luck back. And the Chargers are knocking on the door. All in all, the 2018-2019 AFC looks like it will be a hell of a lot more competitive once the Patriots are out of the equation. From an NFL betting vantage point, this creates a more lucrative wagering landscape. With more teams to bet on, bettors can make a killing if they back the right teams.