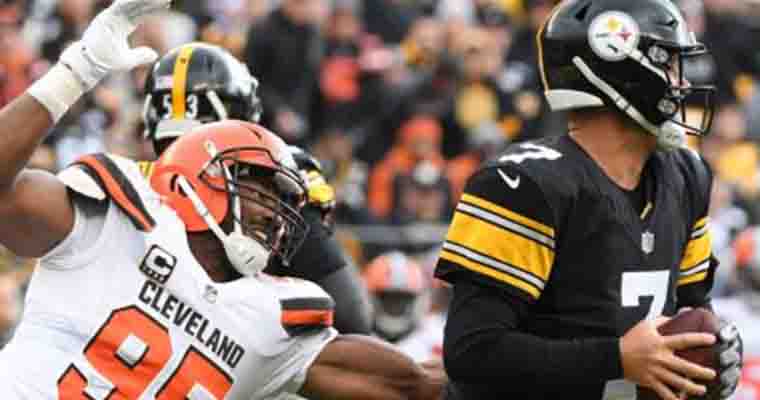 A few weeks ago, the Baltimore Ravens appeared to be well on their way toward easily clinching the AFC North Division and earning a top-four seed in the AFC’s half of the NFL playoff bracket.

The Ravens have fallen on hard times, a sojourn of unexpected uncertainty for Baltimore that seems to have begun in Week 10 when they lost to the Miami Dolphins on Thursday Night Football.

Baltimore followed that up with a narrow victory over the Chicago Bears, a close win over the Cleveland Browns, and then losses to the Pittsburgh Steelers and Browns.

NFL betting sites are still projecting the Ravens to win the AFC North Division. Here is a look at the current NFL futures odds as compared to the AFC North standings.

The above pro football odds provided by MyBookie Sportsbook mirror the current standings, but consider the NFL moneyline odds on the Pittsburgh Steelers to win the AFC North Division.

The Steelers are 1.5 games out of first place with four contests remaining on their schedule, and guess who they’re playing during the final week of the season? You guessed it – the Baltimore Ravens.

As long as Pittsburgh is within a game of the Ravens, their Week 17 matchup could be for the AFC North crown, but there’s still plenty of action remaining between now and then that needs to be settled.

That’s why it pays to try and forecast what will happen in the realm of NFL Playoff betting from several weeks out. The moneyline odds are much higher the earlier that wagers are placed, so larger payouts can be secured by betting sooner than later.

For right now, the Steelers are featured at +1000, which means a $100 bet on the Steelers to win the AFC North will earn gamblers a net payout of $1,000 if they can finish in first place after 17 weeks of play.

Because of COVID-19 protocols, the Cleveland Browns are now down to their third-string quarterback for this weekend’s game against the Las Vegas Raiders.

The Browns were originally favored by 5 over Vegas, but now they are 3.5 point dogs at a time when they are battling for the top spot in their division and clinging to wild card hopes.

Cleveland has the Green Bay Packers, Pittsburgh Steelers, and Cincinnati Bengals to wrap up their schedule, so the road doesn’t get any easier after this week.

The Bengals face the Denver Broncos this weekend, and then will go up against the Ravens, Kansas City Chiefs, and finish with the Browns.

Considering the final schedules of each AFC North franchise, it would seem that a bet on the Pittsburgh Steelers would be as safe as any other, so the long odds to win are a mystery to our staff.

This may very well be Ben Roethlisberger’s last season prior to heading off into the sunset and enjoying retirement. These final weeks could also represent the final chance to bet on Pittsburgh while Big Ben is under center. Good luck!