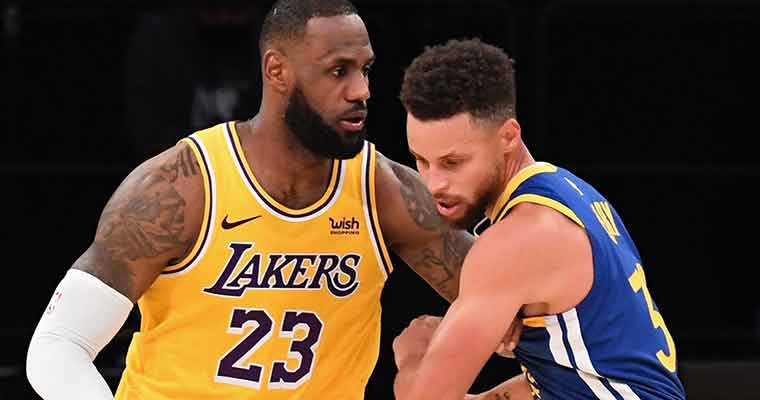 The NBA Playoffs are set to begin but first, the play-in games need to complete to determine which teams will earn the 7 and 8 seeds in the Eastern and Western Conference brackets.

The Boston Celtics secured the #7 seed in the East last night by defeating the Washington Wizards by a score of 118-110. D.C. is not out of the hunt, however, as they can still qualify as the 8 seed by defeating the Indiana Pacers, and online NBA Playoff sportsbooks are predicting that they’ll do just that tomorrow evening.

The Pacers can continue their improbable NBA Playoff run and secure the 8 seed themselves if they can defeat the Wizards, and Indiana is riding high after ending the 2021 season for the Charlotte Hornets last night.

Tonight’s action features the Los Angeles Lakers who are still receiving favorable odds to win the Western Conference and make it to the 2021 NBA Finals.

First things first, they’ll need to get beyond the Golden State Warriors who are surging as of late behind the all-star efforts of Stephen Curry. NBA sports betting sites favor the Lakers to win by 5 or more, and the line has been growing in LA’s favor over the last 24 hours.

The winner of the San Antonio Spurs and Memphis Grizzlies play-in game will earn a chance to play the loser of the Lakers vs. Warriors game with the #8 seed in the West at stake.

The winner of the Lakers vs. Warriors game will earn the #7 seed, with the loser forced to play a second game against the winner of San Antonio and Memphis.

While LA is by no means out of contention – they have two win-and-in opportunities at worst – the 2020 NBA champions were not expected to have to participate in the play-in game tournament in order to qualify for the postseason.

Their stacked lineup was hampered over the second half of the season, and LeBron James’ ankle still seems to be operating at less than 100%.

Despite all of these obstacles in place that suggest LeBron and the Lakers are down and out, basketball betting sites are still standing by them and predicting that they are the most likely team to rise up and face the Brooklyn Nets in the 2021 NBA Finals.

Tune in tonight at 10 PM on ESPN to see if LeBron and the Lakers can get it done!