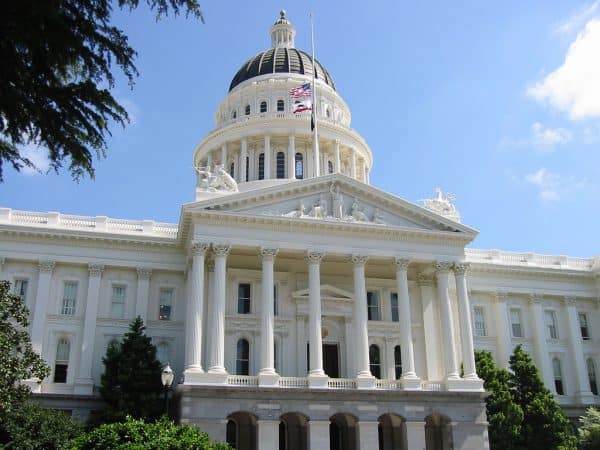 The fight for sports betting legalization in the US is an ongoing battle. New Jersey is the pioneer state in the legislative tug-of-war, with a few other states sitting on legislation that would allow state licensed sports betting should the long standing federal ban be repealed. However, another state has submitted its bid to enter the discussion, and it has the potential to make a difference—this state is California.

California Assembly member Adam Gray introduced a constitutional amendment that calls for the authorization of sports betting in the state. In order for the amendment to take full effect, the Professional and Amateur Sports Protection Act, or PASPA, must be stricken down. The federal ban on sports betting has been around since 1992 and restricts 46 states from hosting regulated sports gambling. The only 4 states allowed to have some form of sports betting are Nevada, Oregon, Delaware and Montana.

Gray’s proposal comes with the US Supreme Court’s decision to hear New Jersey’s sports betting case. The NJ sports betting case has been making the legislative rounds for years, going through several rounds of appeals and ultimately ending up with SCOTUS. Not many believed that the country’s highest court to hear the case, especially after the acting Solicitor General advised SCOTUS to not hear the case and instead maintain the lower courts’ ruling. However, the Supreme Court decided to take on the case, bringing the nation closer to the possibility of legalized sports betting.

California joins Connecticut and Mississippi in putting forth pro-sports gambling legislation. Gray believes that since most residents are already participating in some form of sports betting, whether through US friendly legally licensed offshore sportsbooks or illegal bookies, it is time the state implements a regulated forum for the multibillion dollar industry. Gray, and other sports betting advocates, want their states to begin profiting off the lucrative sports betting market and put that money back into the state.

This ambitious legislature will not be easy to pass. In addition to the Supreme Court’s pending case with New Jersey, California would still have the amendment approved by a two-thirds majority. Gambling has not always been the easiest of topics from a legal standpoint. Gray has led efforts to legalize online poker in the state for years, but his efforts have been met with opposition from the brick-and-mortar gambling venues. Daily Fantasy Sports operates do serve the state, but any legislation regarding DFS regulation has yet to gain any traction.