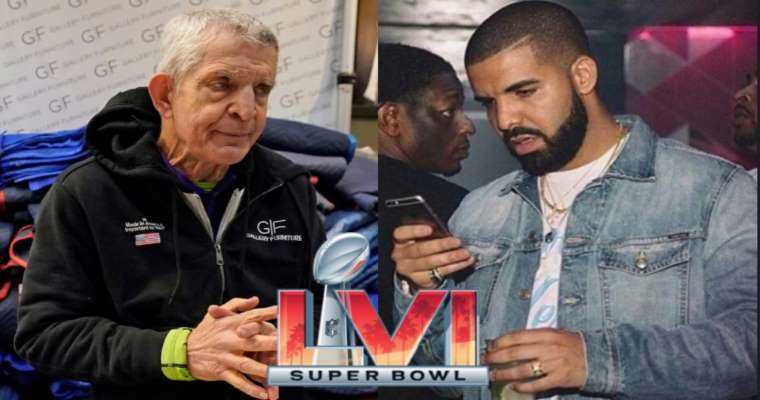 A Houston-based furniture seller may become more than $6 million richer on Sunday, thanks to a hefty Super Bowl bet placed last week. It was then that Jim McIngvale, known far and wide as “Mattress Mack,” put down a whopping $4.5 million on the Cincinnati Bengals defeat the Los Angeles Rams.

How The Bet Was Placed

Because Texas lacks a legal domestic sports betting infrastructure, McIngvale had to drive across the Louisiana border to place that big bet. But the six-hour round trip sojourn was no sweat for the 71-year-old, as Mattress Mack was obviously willing to do it again.

Which he did. This week.

After making headlines for his initial gamble, Mackie was back in town, hitting up the Bayou State to place another wager. This time, Mack broke the current world record for a single Super Bowl wager by putting an additional $5 million stake on the Bengals.

The two bets, combined, amount to nearly a quarter of the handle Louisiana online sportsbooks saw for the entire month of December. If the Bengals win, Mattress Mack will take home a whopping $16.2 million.

You may be surprised by this amount, but you probably shouldn’t be. Ever since various US states started going all in on legal domestic sports betting after the overturning of PASPA in 2018, Mack has been making a real name for himself at the books. This pair of Bengals wagers weren’t Mattress Mack’s first multi-million-dollar bets. The famous furniture seller has lost several millions of dollars on sports bets in the past six months alone, and he’s won plenty more in preceding years.

The End of a Losing Streak?

Back in January, Mattress Mack lost $6 million on a wager for Alabama to win the CFP National Championship. Before that, in November 2021, he lost another $3.2 million on the 2021 World Series, which saw the Braves take his Astros behind the shed but good.

Both of these bets were foiled by Georgia teams who, come to think of it, have had an unusually successful year in the sporting market.

Of course, these aren’t really losses. See, Mattress Mack justifies his crazy betting sprees as promotional events for his stores. For example, if he hits on his most recent Super Bowl bet, all customers that spent $3000 or more on premium mattresses during the promotional period will get full refunds. If the bet loses, they don’t.

Of course, Mack’s not the only celebrity making max bets on Super Bowl LVI.

The first wager Drake made was a straight bet of $600,000 on the moneyline for the Rams to bring home the title. His second and third wagers were both $500,000 Super Bowl prop bets focusing on WR Odell Beckham Jr’s performance in the game.

To secure the latter bets, OBJ will have to total over 62.5 receiving yards and score at least 1 touchdown.

But Drake tends to have bad luck when it comes to Super Bowl picks, so much so that many top sportsbooks posted lines for the so-called Drake Jersey Curse:

While it may be tempting to tail either one of these big-money bettors, it’s always best to do your own research before risking too much of your own cash. Fortunately, you still have plenty of time.

And, of course, while you’re scoping out the prospects for each Super Bowl performance, be sure to shop the odds across multiple different legal sportsbooks to get the best bang for your buck. You don’t even have to go on a road trip to make that happen.

The Super Bowl only happens once a year, but if you hit on the right odds, you’ll be counting your fat stacks till the next one.