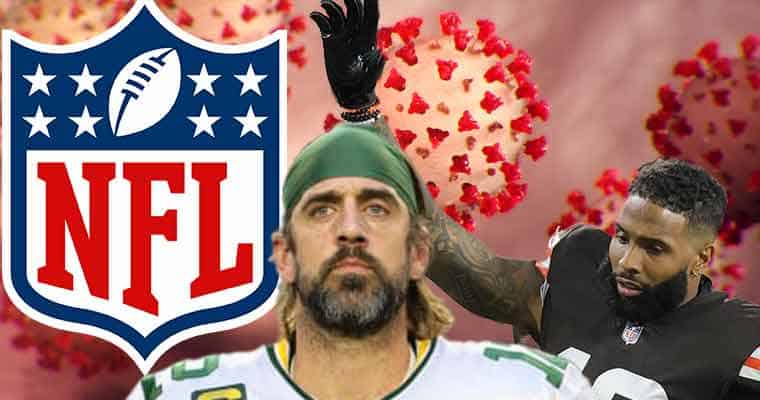 The NFL’s COVID-19 protocols have been less disruptive to the overall proceedings than they were in 2020, but Aaron Rodgers of the Green Bay Packers has given pro football fans and bettors alike a solid reminder that the virus is still circulating.

The NFL point spread for this Sunday’s matchup between the Packers and the Kansas City Chiefs was originally set in favor of Patrick Mahomes and company by a margin of 2.5 points, but following Rodgers’ COVID-19 diagnosis, it increased by 5 points.

The same can be said for the NFL moneyline odds for both teams, as Kansas City moved from -130 to -340, while Green Bay’s changed from +110 to +270. In this case, bettors who wagered on Green Bay to win outright are penalized for laying some action early.

The exact opposite can be said for those that bet early on KC, as now their odds to win are more certain and grant gamblers much less leeway.

Another matchup from this weekend’s slate of games that is being negatively impacted by a player missing from the lineup is the AFC North battle between the Cleveland Browns and the Cincinnati Bengals, but in this case, it isn’t due to injury.

Former All Pro wide receiver for the Browns, Odell Beckham, Jr., is expected to be released prior to this weekend’s game, and although the lines have shifted a bit following that announcement, the impact on NFL betting has been minimal.

Therein lies the problem. A receiver of Beckham, Jr.’s caliber should not only strike fear in the hearts of opposing defensive backs and coaching staffs, but he should also cause a swing in the betting odds when he misses a game.

Have a look at Odell’s statistical performance since signing with the Browns for some insight into why they feel he is not worth the money (5 years for $90 million).

7 touchdowns over two and a half seasons is hardly the production the Browns were expecting when signing Beckham in 2019 following his tenure with the New York Giants that featured some of the most impressive receiving highlights in the history of the National Football League.

An argument could easily be made that Odell’s contributions to the team had no effect on their success during any time that he was a part of the roster, and no clearer evidence of that point can be presented than when he is placed on the waiver wire or released outright in the coming days.

Now the question is, which NFL team will sign Beckham, Jr., and will it be the New England Patriots? Head coach Bill Belichick is always after high-end talent at a bargain-basement price, so perhaps a Mac Jones to Beckham, Jr. connection could be developing soon.

The following NFL prop bet suggests that Odell’s next team will be the Las Vegas Raiders, and that makes sense due to the recent release of Henry Ruggs following a high-speed car crash that resulted in the death of a young woman.

While that may make sense for the Raiders using simple math, history reveals why the Patriots should be strongly considered, and their current +450 moneyline is looking quite attractive.