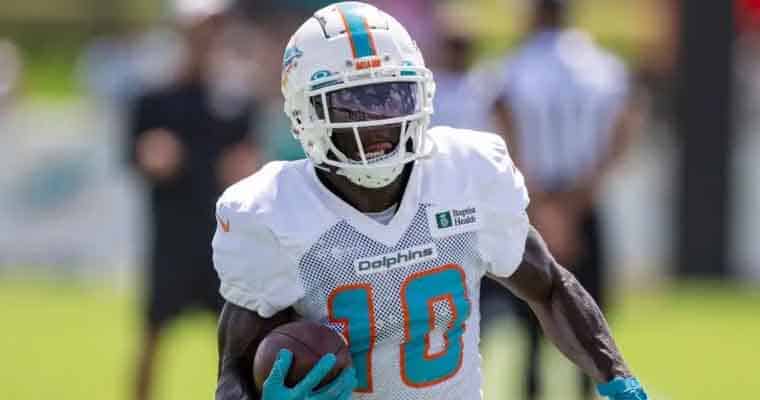 Three weeks are in the books for the 2022-23 NFL season, and already there are some surprising developments that do not align with preseason expectations.

Here are some of our observations regarding teams that are exceeding early projections or underperforming thus far.

The Miami Dolphins Are Legitimate

After a 3-0 start with wins over the Buffalo Bills and Baltimore Ravens, the Miami Dolphins find themselves atop the AFC East standings and must now be considered a legitimate contender to make it to Super Bowl LVII.

Tonight, they will face a Cincinnati Bengals team that has gone 1-3 in their last four games if you include their loss to the LA Rams in Super Bowl 56.

The Bengals are favored to win by -3.5 at NFL betting sites, and much of that could be due to the uncertainty of Miami QB Tua Tagovailoa’s status for Thursday Night Football.

Last week versus Buffalo, Tagovailoa was taken to the locker room just before halftime to investigate a concussion. Tua returned to the game and was able to hand the Bills their first defeat of 2022-23, but now the NFLPA is investigating whether the Dolphins followed appropriate concussion protocols.

During last Sunday’s Bills vs. Dolphins game, something stood out when observing the offensive tactics of Buffalo. Miami’s defense successfully stifled the explosive efforts of the Bills’ offense during their Week 3 matchup, but Buffalo kept the sticks moving by quickly throwing to the dump option.

The poise of Bills’ QB Josh Allen and his commitment to the offensive scheme allows for the unselfish distribution of the ball, resulting in continuous first downs and routine placement of points on the scoreboard.

The Dolphins may have revealed their strategy to the entire league, but will it matter? When defenses cover the dump route, they run the risk of allowing Stefon Diggs to break free in the secondary, or even worse, they open the door for Josh Allen to run the ball.

The odds at online Super Bowl sportsbooks still place the Buffalo Bills at the top of the NFL futures, favoring an outcome where they will face the Philadelphia Eagles next February in SB 57.

Something Is Off With The LA Chargers

The Los Angeles Chargers were expected to compete for the AFC West Division crown in 2022-23, but after 3 weeks, they are now 1-2 and ranked behind the Denver Broncos and Kansas City Chiefs.

The Chargers’ Week 3 blowout loss to the Jacksonville Jaguars by a score of 38-10 is particularly concerning, as any level-headed NFL fan could forgive their Week 2 defeat at the hands of the Chiefs.

The odds for NFL playoff betting currently list the Chargers as the third-ranked team in the AFC West, suggesting that they’ll need to start focusing on securing a Wild Card spot.

We say that largely because the Chiefs, despite their 20-17 loss to the Indianapolis Colts last weekend, appear to be all-systems-go, even without Tyreek Hill, who is now with Miami.

Also worth noting is there are only two remaining NFL teams that have yet to earn a victory – the Houston Texans and Las Vegas Raiders. The Eagles and Dolphins are the only undefeated teams left in the National Football League.