Skip to content
HomeNewsThe Debut Of NFL Betting And Shopping The Bills vs. Rams Odds 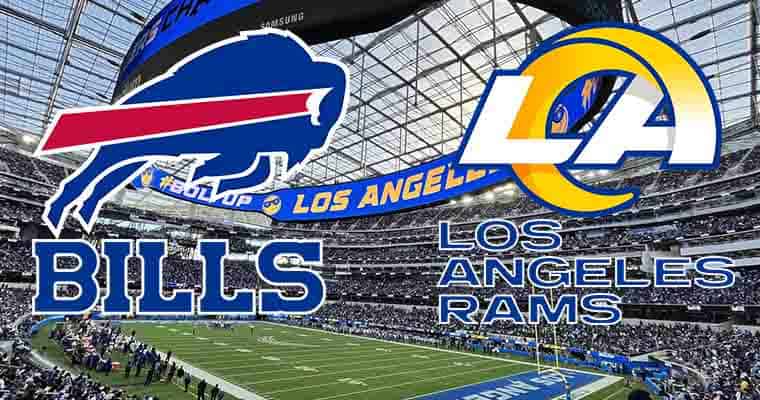 Tomorrow night at 8:20 PM on NBC and Peacock, the first game of the 2022-23 NFL Season will commence with a Thursday Night Football clash between the Buffalo Bills and the defending Super Bowl LVI Champions, the LA Rams.

Both the Bills and Rams enter the season as top contenders in the odds for betting on Super Bowl LVII, yet still, NFL futures for each team will yield generous profits across the board. The following NFL odds comparisons are listed in the order of what is currently provided by Bovada, MyBookie, BetOnline, and BetUS.

Shopping pro football odds requires membership with multiple online NFL betting sites. As we’ve illustrated above, the top handful of teams that are projected to win the Super Bowl feature odds that vary significantly when poking around at different gambling sites.

The most profitable Buffalo Bills odds available are at BetUS and BetOnline (+600) where they are offering as much as $0.80 more per dollar risked when compared to other books.

The same can be said in regard to the Los Angeles Rams’ chances of repeating as Super Bowl champions. Bovada has the highest odds for the Rams to win the Super Bowl at the moment at +1200, 100 points higher than other top NFL sportsbooks.

Betting Lines For The Bills vs. Rams

The lone sportsbook offering NFL point spreads for Thursday Night Football that vary is BetOnline, however it is only a half-point of difference.

NFL oddsmakers seem to be in unison in their belief that both teams will combine to score 52 on Thursday night. Defense is usually ahead of offense early on in the season, so the safe play is the under.

52 is a sizable total in the NFL, so fans can expect some offensive fireworks between these two powerhouse franchises. There are numerous NFL prop bets offered that suggest both quarterbacks throw for north of 250 yards and 2 touchdowns.

For pro football gamblers that are uncertain about where they want to place their bets have plenty of time remaining on the clock despite the approaching kickoff time for tomorrow night’s game.

Live betting on NFL games allows for wagers to be placed after kickoff and into the fourth quarter. Most sites allow for in-game betting on the moneyline odds, point spreads, and the over/under.

Just enter the online sportsbook after the game has begun and members will find all active NFL lines posted front-and-center. These in-play odds can shift without notice so be mindful of what is in your bet slip before submitting.

Most live betting lines will remain active through halftime, but after that, they can be removed without notice.

With that said, payouts are higher when you place a pregame bet on NFL games, so don’t rely on in-game odds too often. Good luck!