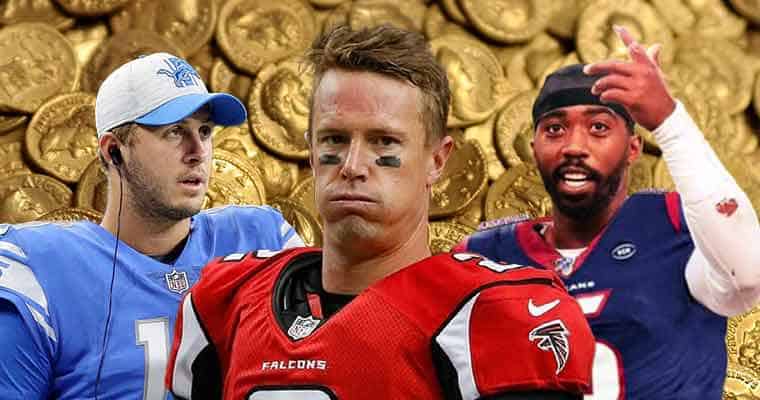 In only the second week of the 2021-22 National Football League Season, online pro football betting sites are already posting massive NFL moneyline odds that have the potential to deliver huge cash paydays to brave sports gamblers that are willing to take the risk.

Each of the following three NFL games features odds for straight-up winners that can deliver between $4.00 and $5.15 per dollar risked, and some of the teams may surprise pro football bettors.

MyBookie has the best moneyline odds posted for the Houston Texans at the moment with +475. Considering how the Texans manhandled the Jacksonville Jaguars last Sunday, and the frustrating inconsistency once again displayed by the Cleveland Browns, we’re surprised by the separation here.

While Texans QB Tyrod Taylor may not offer much to sway NFL oddsmakers’ opinions, his no-nonsense leadership was evident as his offense methodically punched the ball downfield to great success against a Jaguars team that was hoping to usher in their rookie QB Trevor Lawrence under better circumstances.

We think that Houston has a great shot of winning against Cleveland this weekend.

BetOnline features the best moneyline on the Falcons at +515 for their Week 2 NFC South matchup with the Tampa Bay Buccaneers. Betting on the Atlanta Falcons against a stacked Bucs team led by Tom Brady is risky, but these teams know each other well. They play twice each year and are familiar with the traits of the players they are lining up against.

The Falcons laid an egg in Week 1, getting stomped by the Philadelphia Eagles by a score of 32-6. If the Falcons can rise and hang a loss on Tampa Bay, wagers made on their moneyline odds at legal online NFL betting sites will payout at $5.15 per each $1 risked.

The highest moneyline odds for the Detroit Lions to beat the Green Bay Packers this weekend is +400 and is posted at BetOnline. The Packers were just whooped by the New Orleans Saints last weekend, and it would be difficult to predict that Green Bay would best any NFL team at this point.

$1 bets on the Lions moneyline will earn $4 if they win, but the safer bet may be on the NFL point spread of +10.5 for Detroit in this case. Beating the Packers will be tough for the Lions to do without the services of their 2020 first-round pick CB Jeff Okudah who is now lost for the season with an Achilles tear.

Although these NFL moneylines may seem like a reach on the Tuesday prior to Week 2’s onset, simply look at the preseason Week 1 game lines for inspiration, as several teams listed in the positive were able to carve out a win.

The line we prefer the most is the Houston Texans and their +475 moneyline to defeat the Cleveland Browns, and that’s where we’re laying our action this weekend as a $1 or $2 rescue hedge opportunity.