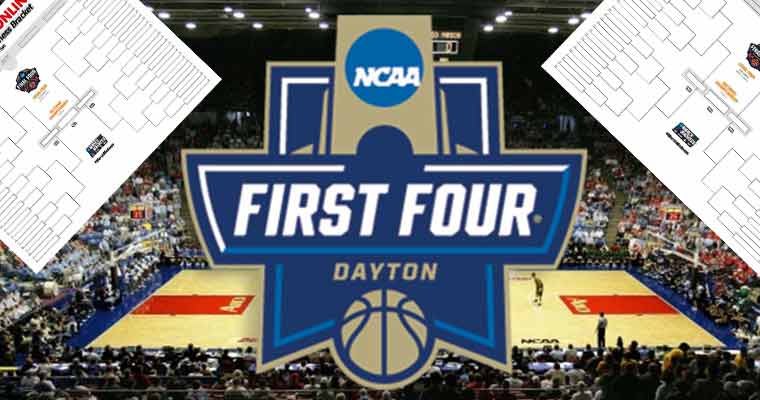 2021 March Madness officially begins today as the First Four will compete to earn their spot in the final 64 team tournament to determine the national champion of NCAA Men’s Basketball.

Betting lines for each game in the First Four have been provided at all of the top March Madness betting sites, and lead off a huge weekend of 32 games of March Madness action.

Bovada has posted a futures line for the eventual winner of the 2021 Men’s Division I Basketball Tournament, and they are playing it safe when predicting the teams that will win each quarter-bracket and advance to the Final Four.

The odds posted at online Final Four sportsbooks suggest that all the top seeds will indeed be the last four remaining in the tournament, and the team with the next best money line is separated by 500 points.

The betting odds become more intriguing once moving beyond the top four colleges because the Oklahoma State Cowboys have broken ranks and invaded the top 8 as a 4 seed.

Now that the tournament field has been set by the Selection Committee, oddsmakers have gotten their ducks in a row and have produced lines that make more sense when comparing to a bracket.

The above championship futures line has been truncated down to give a fuzzy picture of what the eventual Sweet 16 could look like.

The highest seed to appear among the Sweet Sixteen potentials at college basketball betting sites are the UConn Huskies who will face the Maryland Terrapins in the opening round.

The Huskies are favored by three this Saturday night and although they are excited about participating in college basketball’s postseason, they are not thrilled at drawing an ACC opponent in the round of 64.

The NIT is a postseason college basketball tournament that mostly serves as an award for teams that performed well but didn’t make the cut for March Madness.

This secondary tournament doesn’t receive much attention on national airwaves but receives good ratings in the local markets involved.

In the realm of entertainment, ratings equal cash, and they are also a large part of the reason why oddsmakers choose to create betting lines on an event.

All action will wrap up for the 2021 season after the NCAAB Championship Game on April 5th, so investigate the reliable and trustworthy sportsbook sites we recommend here at Sports Betting Legal and place a wager today.