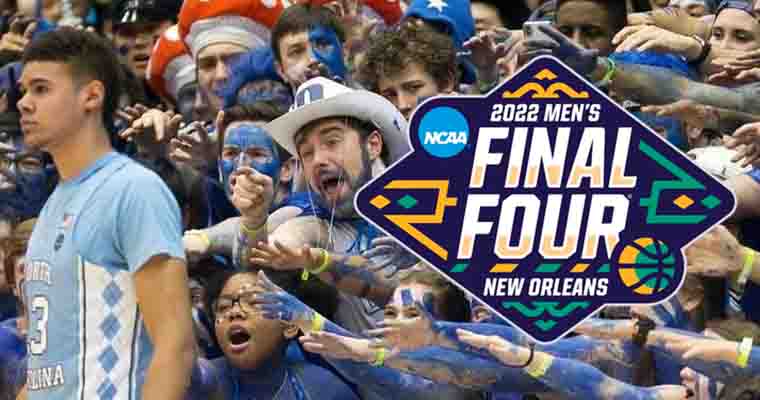 The Duke Blue Devils and Coach K are not only still alive in the 2022 March Madness Tournament, but they’ve also qualified for the Final Four and are the favored team to win the NCAA Men’s Division I National Championship on April 4th.

If Duke can live up to the NCAAB odds posted at March Madness betting sites and win it all, Coach Mike Krzyzewski will earn a walk-off title that spectators have not seen since Ray Lewis retired after winning Super Bowl XLVII.

The reason that Ray Lewis and Coach K’s finales would be similar is that their respective retirements were made known to the public prior to the end of the season.

Also, just like the 2013 Baltimore Ravens, the Duke Blue Devils are playing inspired ball and have already exceeded their number 2 seeding by making the 2022 Final Four semifinals.

If Duke intends to reach the March Madness Finals and compete for an NCAAB National Championship, they’ll have to get by the University of North Carolina Tarheels who are coming in red hot after knocking off the final Cinderella team remaining in the Tournament, the St. Peter’s Peacocks.

It is only fitting that one of Coack K’s final two games would be against his most fierce ACC rival over the years, so be sure to tune in Saturday Night and partake in the Duke vs. UNC odds.

If both Final Four betting lines pan out correctly, then Duke will face the last remaining one-seed in the tournament, the Kansas Jayhawks, in the 2022 NCAAB Finals.

Do not sleep on the Villanova Wildcats and their odds posted for Final Four betting. Villanova may not be a household name but consider that they’ve won two National Championships in the last six years and have also made three Final Fours over that span before betting on Kansas to win.

The Villanova Wildcats have been granted the lowest probability to win March Madness Tournament at Bovada Sportsbook, earning +600 moneyline odds of earning a fourth National Championship in program history.

The above Villanova odds would reward Final Four gamblers with 6-to-1 net payouts (a $7 win on a $1 bet) which seems like an inordinate ratio for a college basketball program that possesses their level of pedigree.

Both Final Four games are going down this Saturday at the Caesars’ Superdome in New Orleans, Louisiana, but the above NCAAB futures will take action until just before the Finals next Monday.

Of course, the March Madness futures will be reduced by half come Monday, but it’ll be alright for bettors that placed a wager on the teams still around. Be sure to get in on the above futures while all options are still listed with positive odds.