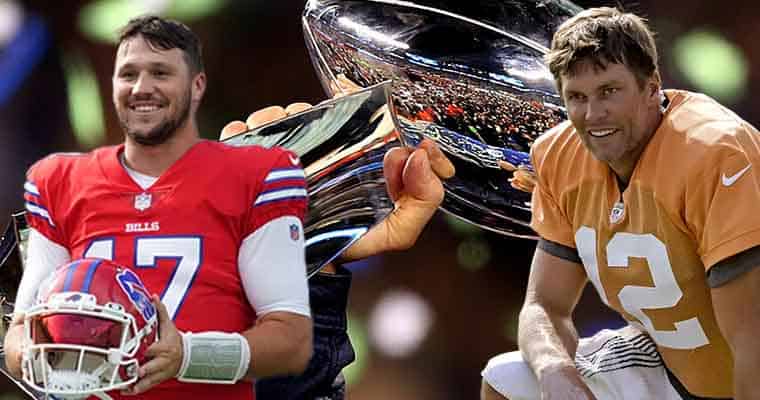 NFL futures odds are created prior to the end of the current season’s Super Bowl. It is clear that NFL bettors want in on the action as early as possible, but is that a good idea?

Early NFL betting delivers the highest profit potential because it requires making predictions months in advance. Anything can happen over the course of a 17-game NFL season, good or bad, and sportsbooks are aware of this.

That’s precisely why such high moneyline odds are offered for all NFL teams, even the most favored to win Super Bowl LVII. For instance, check out the odds for betting on Super Bowl 57.

The two NFL teams that are most favored to reach and win SB LVII are the Buffalo Bills and the Tampa Bay Buccaneers. We can make this assumption because they are the highest-rated franchises in the AFC and NFC, respectively.

Even though those are the two teams with the best odds on the boards to win the Lombardi this season, NFL betting sites are offering net profits that outgain the risk by multiples of 6 or 7.

Gamblers that place a $100 bet right now on the Bills or the Buccaneers will be rewarded cash winnings of $700 on Buffalo and $800 on Tampa Bay if they win the Super Bowl next February.

The Bills are still building on their efforts from last season, where they were eliminated in the Divisional Round of the NFL Playoffs by the Kansas City Chiefs in overtime.

For the Buccaneers, it is all about the return of Tom Brady, who flirted with retirement before deciding to give it another go at 45 years of age.

The most complete rosters in pro football are possessed by the Indianapolis Colts, Baltimore Ravens, and San Francisco 49ers. If not for the status of their starting quarterbacks, these franchises would be placed as the top three odds-getters in the NFL betting futures.

Trey Lance is now positioned to take over at quarterback for Jimmy Garroppolo, which means that head coach Mike Shannahan has gained enough confidence in the second-year player to hand him the reigns of his complicated offense.

The defense rotates studs in and has addressed their secondary concerns in the offseason. If the offense can average over 21 points a game, ten wins should be within reason.

Lamar Jackson returns to the lineup where he is hopeful of putting in 17 games’ worth of work in 2021-22. The offense is still geared toward the run, and combined with their defensive prowess, they should find themselves among the top teams in the AFC toward the end of the season.

The Colts have signed veteran Falcons quarterback Matt Ryan in their latest attempt to replace Andrew Luck, who retired three seasons ago. As long as Ryan remains healthy, he should provide ample boost to the Colts and propel them into the playoffs.

They’ve got a solid defense and running game which travels well in the postseason, but by then, their odds to win the Super Bowl will be much closer to even. Bet on Indianapolis now if you want to secure their current 25-to-1 payout potential.