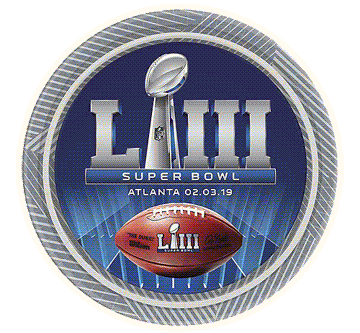 One team will look to further cement their legacy as one of the greatest dynasties ever in not only National Football League history but in the entirety of sports.

The other team will attempt to write a victorious end to their young and talented rosters’ beginning chapters—hoping this title will be the first of many to come for arguably the NFL’s most-talented all-around team in the league today.

At 6:30 p.m. ET on Sunday, Feb. 3, the matchup between the AFC Champion New England Patriots and the NFC Champion Los Angeles Rams will kickoff and Super Bowl 53 will get underway at Mercedes-Benz Stadium in Atlanta, Georgia.

Then, after 60 minutes of play, we’ll know which side lifts the Lombardi Trophy and is crowned the NFL champion for the 2018 season. 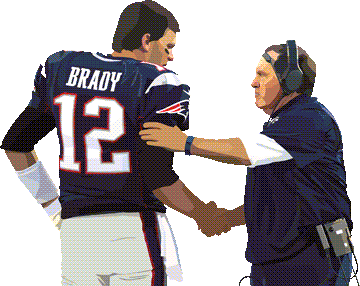 Patriots coach Bill Belichick and quarterback Tom Brady are making their ninth appearance in the Super Bowl, winning five titles since Brady became the starter in 2001—both are NFL records for a head coach and quarterback.

On the opposite end of the field, second-year Rams coach Sean McVay, who is the youngest head coach to ever appear in a Super Bowl at age 32, and third-year quarterback and 2016 first overall pick Jared Goff will be appearing in their first Super Bowl.

Both teams got here in a very similar fashion—winning their conference championship in overtime and doing so on the road in a hostile environment and with controversy attached.

The Rams won the NFC Championship 26-23 in overtime over the Saints on a game-winning 57-yard field goal by Greg Zuerlein in overtime after gaining possession off a Drew Brees interception.

However, a missed pass interference call (and perhaps a helmet-to-helmet penalty on the same play as well) late in the 4th quarter stunned everyone, forced the Saints to kick a field goal, and allowed the Rams to mount a comeback.

In the second game, the Patriots defeated the Chiefs 37-31 in the AFC Championship after winning the coin toss, marching down the field, and ending the game on a two-yard touchdown run by Rex Burkhead.

Chiefs quarterback Patrick Mahomes, who will likely be the NFL’s Most Valuable Player this season and who many consider to be the best player in the league, never got a chance to take the field thanks to the league’s archaic sudden death overtime rules, making many people wonder: Why is this still a thing?

And with a little help from forces beyond their control, the Super Bowl 53 matchup between the Patriots and Rams was officially set.

But let’s not forget: It was 17 years ago in 2001 when Brady and Belichick defeated the then-St. Louis Rams in Super Bowl XXXVI for their first of five titles, winning 20-17 as a 14-point underdog against the “Greatest Show on Turf.”

The Patriots took that victory 17 years ago and built perhaps the greatest professional sports dynasty the world has ever seen, while the Rams franchise needed 17 years just to earn a rematch.

If the Rams want to defeat the Patriots, the team, now based in Los Angeles, must pause a moment from writing their next chapter and learn from history—or else their young talent will surely be doomed to repeat it. 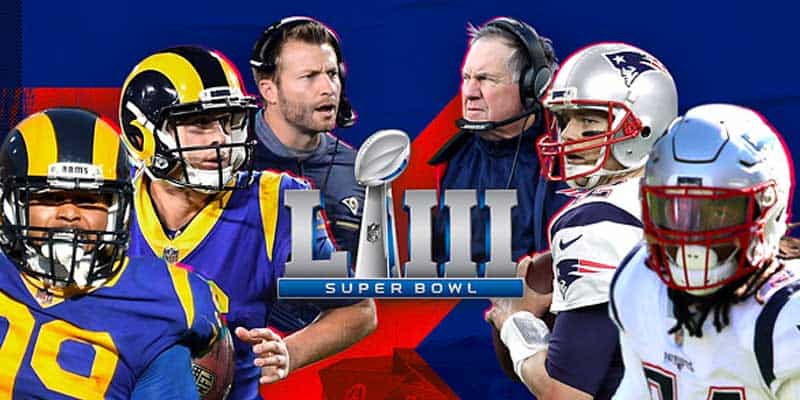 Two offensive powerhouses matchup for what would prove to be a defensive struggle.

The Los Angeles Rams entered the game with the second-best total offense in the league, featuring the third-best rushing offense led by Todd Gurley and veteran C.J. Anderson.  Anderson had filled in nicely for Gurley late in the season as Todd had to miss some time due to knee inflammation.

The Patriots had the 4th best scoring offense showcasing a balanced run-oriented attack, with rookie Sony Michel leading the way.  The game was Tom Brady’s 9th Super Bowl appearance and was leading the Patriots, a 2.5 favorite, to what would hopefully be their record-tying 6th Super Bowl title.

The Patriots began the game true to form with a dedicated running attack led by rookie Sony Michel.  After advancing into Rams territory, the drive stalled when Brady’s first pass of the game, intended for Chris Hogan, was tipped and intercepted by Rams linebacker Cory Littleton.  On the following possession, the Rams punted the ball back to the Patriots after a quick three and out.

The first half was a slugfest with both teams playing lights out defense.  Neither offense reached the red zone, and the Rams only crossed the fifty-yard line once.  The Rams’ interior defensive line rush of Ndamukong Suh and Aaron Donald caused Brady’s passing to be ineffective, hurrying many of his throws.

Despite the Rams' offensive struggles, they found themselves right back in the game with 2:11 remaining in the 3rd quarter as the Rams tied it up 3-3, kicking a 53-yard field goal from Greg Zeurlein.  Two drives later, the Patriots scored what would be the go-ahead touchdown with 7:00 remaining in the game when Sony Michel darted into the endzone on a two-yard carry that was set up by a 29-yard Rob Gronkowski catch.

The Rams managed to get some offense going on the next drive, but it was ultimately stalled when Jared Goff threw an interception to the Patriots’ Stephon Gilmore. That drive ended up being the Rams’ deepest penetration of the game, reaching the 28-yard line of the Patriots.

Still, the Patriots were pinned deep in their own territory, and the Rams could have quickly regained possession with decent field position if they could force a three and out.  Sony Michel ended this possibility when he erupted for a 26-yard run to get the Patriots out of the shadow of their own endzone.

With 2:42 remaining in the game, Rex Burkhead put the final nail in the Rams’ coffin with a devastating 26-yard run to the St. Louis 33 yard line.  New England ran the ball three more times to work the clock down to 1:14 remaining before kicking a game-clinching 41-yard field goal by Stephen Gostkowski, just inside the left upright.

The Rams tried to make it interesting, quickly advancing to the Patriots’ 31-yard line, clocking the ball for a field goal attempt with 10 seconds remaining.  Zeurlein’s 48-yard field goal attempt sailed wide left, ending the Rams’ slim hopes and securing a record-tying sixth Super Bowl championship for The Patriots, sharing the honor with the Pittsburgh Steelers.  The victory gives both Bill Belichick and Tom Brady the record for the most Super Bowl victories for a player and a head coach.

With only 16 total points scored between the two teams, Super Bowl 53 was the lowest-scoring Super Bowl of all time, coming in five points behind the previous low of 21 set by the Miami Dolphins and the Washington Redskins in Super Bowl 7.  Both defenses played admirably, but the Patriots managed to post the higher score, led by a healthy dose of Sony Michel (18 carries for 94 yards and the game’s only touchdown) and ten catches by Super Bowl MVP Julian Edelman.  Tight end Rob Gronkowski also had a solid game with a six catch, 87-yard performance in what would ultimately become his final game.

What will linger in the minds of Rams’ fans for years to come is the underuse of former NFL Offensive Player of the Year Todd Gurley.  He had been slowed by a nagging knee injury and was held out of the final two regular-season games.  However, he returned strong and was the focal point of the Rams' offensive attack vs. the Cowboys in the divisional round of the playoffs, only to be relegated to 14 total carries over the final two games.  Considering the game was close throughout, why wasn’t he utilized more?

Much credit is deserved for the scheme put together by Patriots defensive coordinator Brian Flores in what would be his last game coaching for New England before becoming the next head coach of the Miami Dolphins.  The Rams had five three and outs, and only four drives that lasted longer than five plays.  Los Angeles didn't have a drive longer than five plays until mid-third quarter, and they never once reached the red zone.